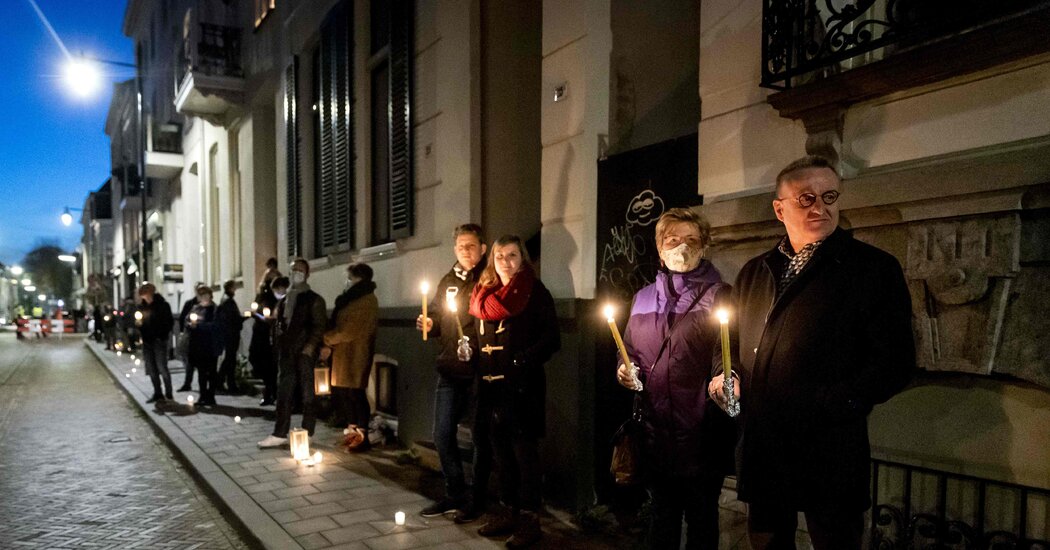 When a group of teenagers arranged a meeting with a 73-year-old former teacher, their intention was clear: to lure and expose someone they believed to be a pedophile.

But their meeting last month turned into a fatal assault, Dutch public prosecutors say, raising the alarm that such vigilante justice has gone too far.

The episode, in the eastern city of Arnhem, left officials in the Netherlands worried that a rising number of similar encounters — carried out by self-described “pedo-hunters” — could also turn violent. And the authorities are now warning members of the public to stop taking matters into their own hands, after reports of at least 250 instances since July of people luring suspected pedophiles online and then reporting them to the police.

“We are saying: Stop. Don’t provoke, don’t make arrests. Stop the pedo-hunting,” said Simen Klok, a police spokesman, adding that such unverified reports and violent incidents were taking up police resources. “It doesn’t help us.”

The justice minister, Ferdinand Grapperhaus, urged people to contact the police if they suspected abuse.

Eight people were arrested over the 73-year-old’s death, and seven remain suspects. Two minors are still in custody, according to a spokeswoman for the public prosecutor’s office. She said that the man had no known history of sexually abusing minors.

A lawyer for one suspect told the Dutch newspaper De Gelderlander that the teenagers had planned the meet-up out of boredom during the pandemic without a premeditated plan to assault the man.

In recent years, several online groups have taken up a crusade to root out pedophilia around the world. On Facebook, Dutch groups with names like “Pedohunters NL” and “pedophiles unmasked” have amassed thousands of followers. But the Dutch authorities say the rise of in-person confrontations is a concerning new development.

In a separate incident in Arnhem, a group who intended to “hunt” someone they thought was a pedophile had traveled from three Dutch provinces and were later arrested. Last weekend, another group of young people assaulted a man whom they believed to be a pedophile in the southern province of Zeeland, sending him to the hospital, according to the police. And another man in Zeeland went into hiding this month after his picture was published in one of the vigilante Facebook groups, according to local news reports.

Although the reasons behind the rise in such instances in the Netherlands are unclear, experts say that likely factors include pandemic restrictions, which have allowed for more time online, and the rise of conspiracy theories like QAnon.

“People have a lot more time on their hands since Covid,” said Laura Huey, a sociology professor at the University of Western Ontario. Joining a group can lead to “a groupthink mentality,” she said, and “extreme behavior can become normalized.”

Vigilantes may be motivated by a desire to play detective or feel that the police are not doing a sufficient job, Ms. Huey said. And joining an ideological bubble reinforces “a sense of moral superiority that becomes really seductive,” she said. “It allows you to justify a lot of behavior that is egregious.”

People in the country are also generally taking policing and other matters into their own hands more, including tackling bike thefts and setting up neighborhood watch groups, said Arnout de Vries, who has studied citizen investigations at TNO, a research group.

The mentality, Mr. de Vries said, is: “Why sit on your couch waiting for the police to solve the case when you can solve it yourself?”

The authorities and children’s rights advocates say that the confrontations are counterproductive, in addition to the injuries and deaths they have caused. Mr. Klok, the police spokesman, said that with emotions running high, things often go wrong.

And Arda Gerkens, the managing director of the Expertise Bureau for Online Children’s Abuse, a Dutch group that works to stop child sexual abuse, said the practice could ultimately hinder the monitoring of people who pose a threat to minors by pushing them further from view.

“The best way to prevent offenders from offending again is to keep them in a social network where they are being watched and known,” she said.

Framing pedophiles as an “enemy” that can be rooted out also distracts from the reality of child abuse, she said. Most people convicted of the sexual abuse of minors in the Netherlands were already in their victims’ lives — often family members — rather than a stranger encountered online.