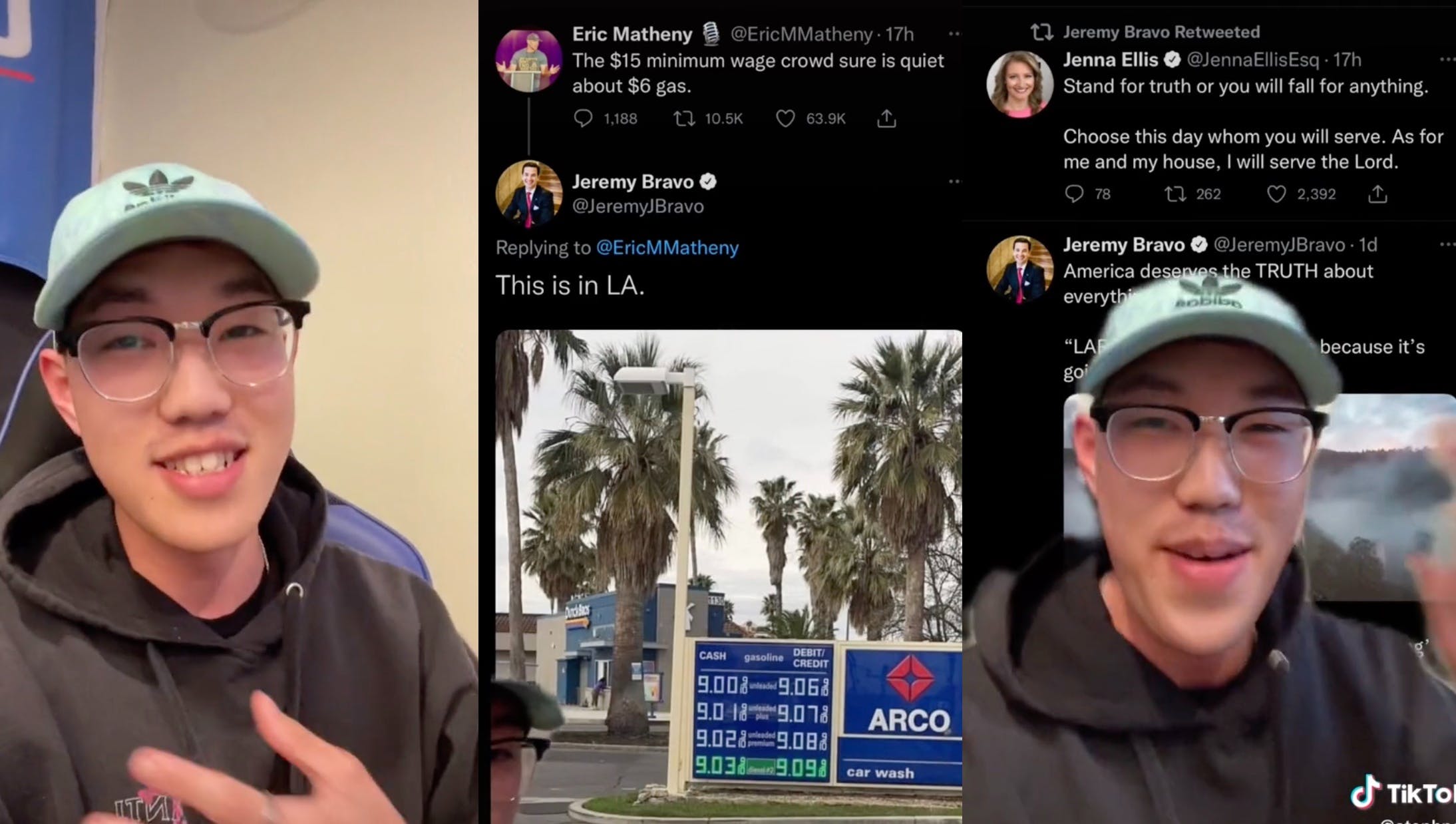 A TikToker called out a former congressional candidate for allegedly photoshopping gas prices in Los Angeles.

The TikTok, posted by Stephen No (@stephno_), showed screenshots of a tweet thread where former congressional candidate Jeremy Bravo claimed gas in Los Angeles is over $9 per gallon, posting a picture of what appears to be an Arco gas sign. But, as Stephen pointed out, a Dutch Bros coffee shop can be seen in the background of the photo.

“There is no Dutch Bros in the entire county of Los Angeles so I know this guy is talking out of his ass.”

Stephen, who says he’s a fan of Dutch Bros and lives in Southern California, said it takes him 40 minutes to drive to the nearest Dutch Bros. The video then goes on to show Jeremy Bravo’s other tweets, including a tweet reading “America deserves the TRUTH about everything,” which Stephen says is ironic given Bravo’s spreading of this misinformation about gas.

The TikTok has over 150,000 views with almost 40,000 likes. In the comments, users continue to roast Bravo and support the creator.

“Dutch Bros really made this man turn into the FBI,” one user wrote.

“Dam, you were ready to flip the whole table 😂,” wrote another.

Stephen also clarified in the comments that the image posted by Bravo was of a Dutch Bros in Stockton, California, and alleges that the gas prices were photoshopped in on the Arco sign.

Gas prices have been surging since the Russian invasion of Ukraine last month, and Californians especially have been hit hard. According to AAA, while the national average for a gallon of unleaded gas is $4.331 per gallon, the average price in California is nearly a dollar more than that at $5.135 per gallon.

Bravo has since gone on to put his tweets on private. Neither Bravo nor the TikToker responded to requests for comment.