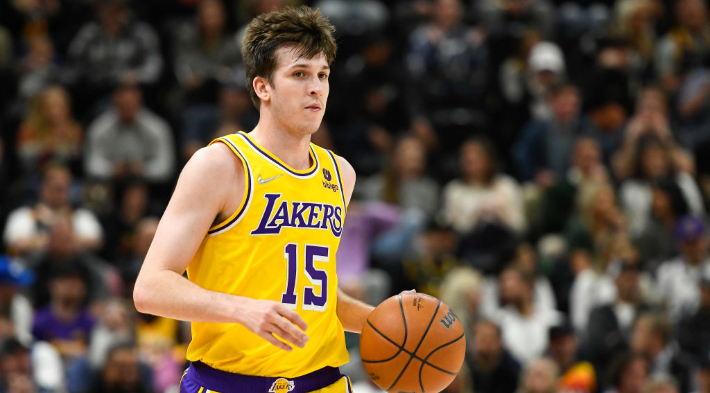 Austin Reaves, a rookie guard out of Oklahoma, emerged as one of the few bright spots for the Los Angeles Lakers last season. Reaves provided a lot of the little things the team just lacked during the disastrous 2021-22 campaign, and managed to become a fan favorite due to, among other things, one incredible nickname: Hillbilly Kobe. On media day last year, Reaves revealed that an equipment manager gave it to him in college.

However, in a recent interview with Dave McMenamin of ESPN, Reaves revealed that he would like to distance himself from both of his nicknames. One, AR-15, is a reference to his initials and jersey number, but Reaves expressed his discomfort with having that as a nickname due to the AR-15-style rifle that has been used in numerous mass shootings across the United States. As for Hillbilly Kobe, Reaves expressed some hesitation due to Kobe Bryant’s passing in a helicopter accident in 2020.

But despite that, Draymond Green and Kyle Kuzma think he shouldn’t shed that second nickname, in part because they think he hasn’t done enough in his career to do that. Kuzma appeared on Green’s podcast recently, and while they understand his hesitancy around using AR-15, both agree that Hillbilly Kobe is a great nickname and think he should embrace it.

Green and Kuzma are absolutely right. Being bestowed with a nickname like Hillbilly Kobe, then getting drafted by the Lakers, then hitting a buzzer-beater in your rookie season where you turned into a fan favorite, is a branding jackpot — Green went as far as to say he should try to “be in the next White Men Can’t Jump.” There should be Hillbilly Kobe graphic tees all around Los Angeles, there should be corny local commercials featuring Hillbilly Kobe.

Once a nickname sticks, it’s very hard to shed. Reaves should listen to Green, who knows a thing or two about creating a brand with your name, and Kuzma, who obviously knows a good nickname when he sees one.