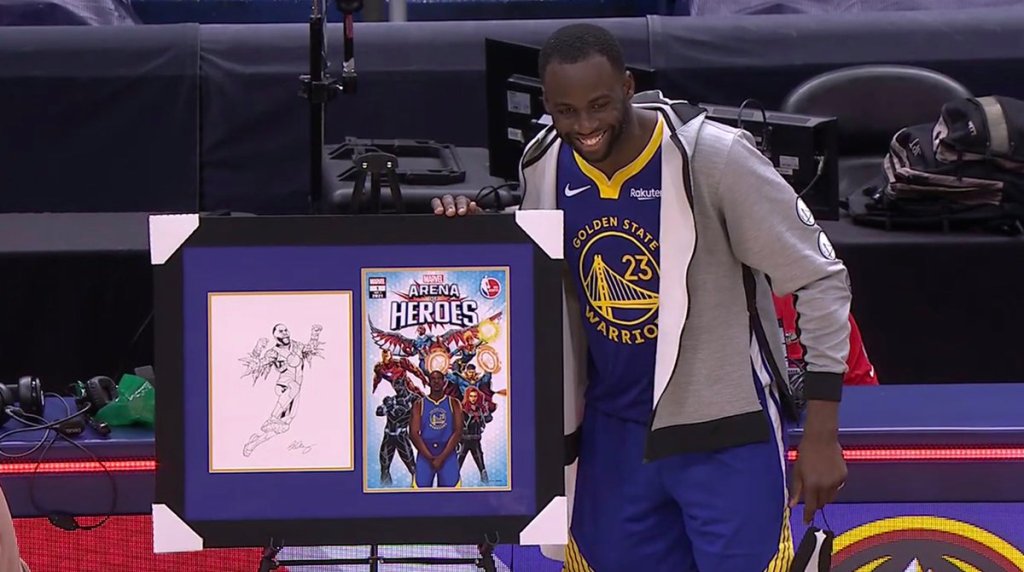 The Warriors and Pelicans met on Monday night in New Orleans for an important game for the Western Conference play-in race, as the Pelicans, currently in 11th, had an opportunity to pull a game closer to the 9-seed Warriors (and the 10-seed Spurs who lost Sunday night and had to deal with the Jazz on Monday). Golden State, meanwhile, could all but lock themselves into the play-in with a win, and possibly move ahead of the Grizzlies in 8th depending on how Memphis fared against the red hot Knicks.

As such, both teams had plenty to play for and it was the Warriors that came out and dominated from the opening tip, going on to win the game 123-108. Stephen Curry went off once again with 41 points and eight assists, but got some big help from Draymond Green who had a 10-point, 15-assist, 13-rebound triple-double to lift the Warriors above .500 on the season. The game also happened to be ESPN’s debut of the Marvel-themed telecast, which awarded or took away “hero points” to players based on good and bad things they did, and despite Steph’s 41 points, it was Green that took home the “Marvel Arena of Heroes Champion of the Game” honor.

Now, while there was plenty of hemming and hawing on Twitter when this got announced, Green seemed genuinely excited about the award, happily posing with the framed comic drawing of himself as a superhero. In the postgame interview, Draymond explained that he didn’t let his teammates know but he did use the Marvel broadcast as some added motivation to show his kids he was a “superdad.”

While plenty on NBA Twitter saw it as corny, this is what it was designed to do, draw in a younger audience and present the game in a different way. Green clearly embraced that and the Warriors benefitted from him having maybe a little extra juice for this regular season tilt.

As for the alternate broadcast itself, there were fun graphics and drop ins from superheroes, but the best part was how they put a smoke trail on three-point shots which had the unintended consequence of making misses and airballs extra hilarious.