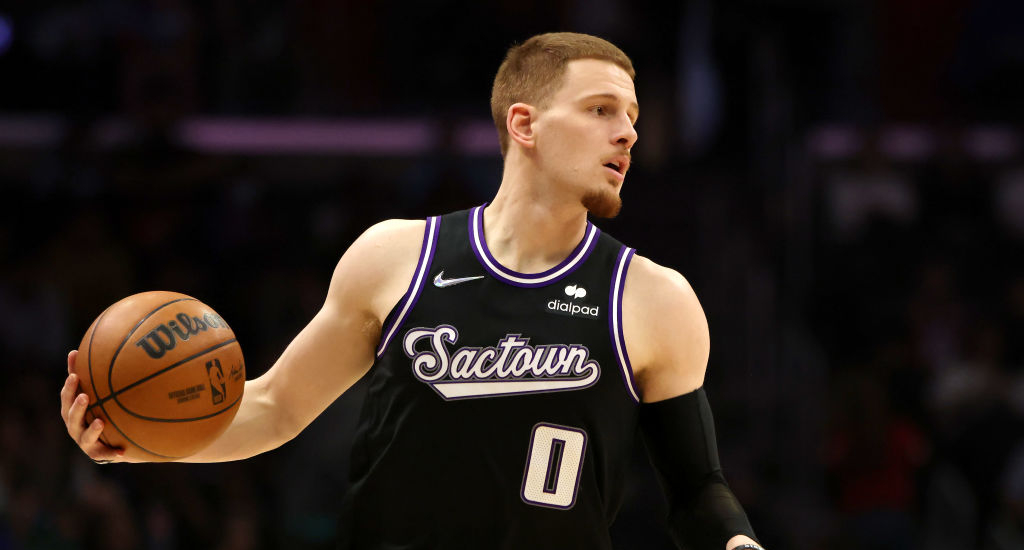 The Golden State Warriors lost a few contributors to their championship run when free agency opened up, as Gary Payton II and Otto Porter Jr. went to the Portland Trail Blazers and Toronto Raptors, respectfully. Additionally, Nemanja Bjelica decided he wanted to return to Europe after getting a ring.

While the team did bring Kevon Looney back, there are still minutes to be had among their bench players, and on Friday evening, Golden State went out and got someone. According to Shams Charania of The Athletic and Adrian Wojnarowski of ESPN, the Warriors came to terms with Sacramento Kings guard Donte DiVincenzo, who will pack up and head elsewhere in the state of California on a 2-year deal worth $9.3 million.

Jake Fischer of Bleacher Reports brings word that the contract includes a player option in the second year.

There’s a player option on the second season of Donte DiVincenzo’s two-year, $9.3 million agreement with Golden State, per source.

DiVincenzo started once across 42 appearances with the Milwaukee Bucks and the Kings last season. The former Final Four Most Outstanding Player averaged nine points, four rebounds, 2.8 assists, and 1.1 steals in 24 minutes per game. While he struggled to hit threes in Milwaukee, he connected on 36.8 percent of his triples in Sacramento after he joined the team prior to the trade deadline in a deal that landed the Bucks Serge Ibaka.