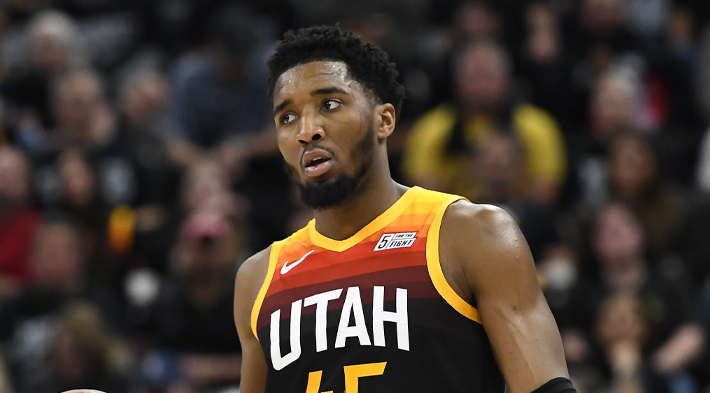 Donovan Mitchell, apparently, was just like the majority of the NBA world when it came to his surprise when he ended up being dealt to Cleveland out of the blue two weeks ago. At his introductory press conference with the Cleveland Cavaliers on Wednesday, the three-time All-Star addressed an array of topics, including his belief that he was going to be traded to the New York Knicks.

“I thought for sure I was going back home, I’m not gonna lie about that,” Mitchell said. “But when I found out where I was headed, who I was playing with, the group, the team, the coaching staff, I couldn’t be more happy to be here, to be a part of this organization … and add to do it. I think that for me is what I’m truly excited about.”

“I thought it was New York, I’m not gonna lie to y’all … I’m truly excited to be here.”

Donovan Mitchell talks landing with the Cavs after rumors he would join the Knicks. pic.twitter.com/uBBEx9Qwwu

When news of the deal between Cleveland and the Utah Jazz broke, ESPN’s Brian Windhorst reported that Mitchell was playing golf. Ecstatic to learn none of Darius Garland, Jarrett Allen, Evan Mobley or Kevin Love were involved, he jubilantly ran around the golf course in celebration. On Wednesday, nearly two weeks later, Mitchell confirmed Windhorst’s report.

“When I first found out, I was golfing, so that report is true,” he said. “I was running around crazy, mainly in fact when I figured out who we kept in the deal because I didn’t know who was in the trade. I just knew I was traded. And when I found out DG, JA, Ev, and Caris (LeVert) and all these guys, I was like, ‘Wow, like we got a talented group.’ ”

Mitchell also said that when Rudy Gobert was traded to the Minnesota Timberwolves in late June, he “kind of saw the writing on the wall” as to the fact his time in Utah was likely over.

As a fun tidbit, he noted he grew up as not merely a LeBron James fun, but a Cavaliers fan as a whole and loves playing in Rocket Mortgage Fieldhouse.