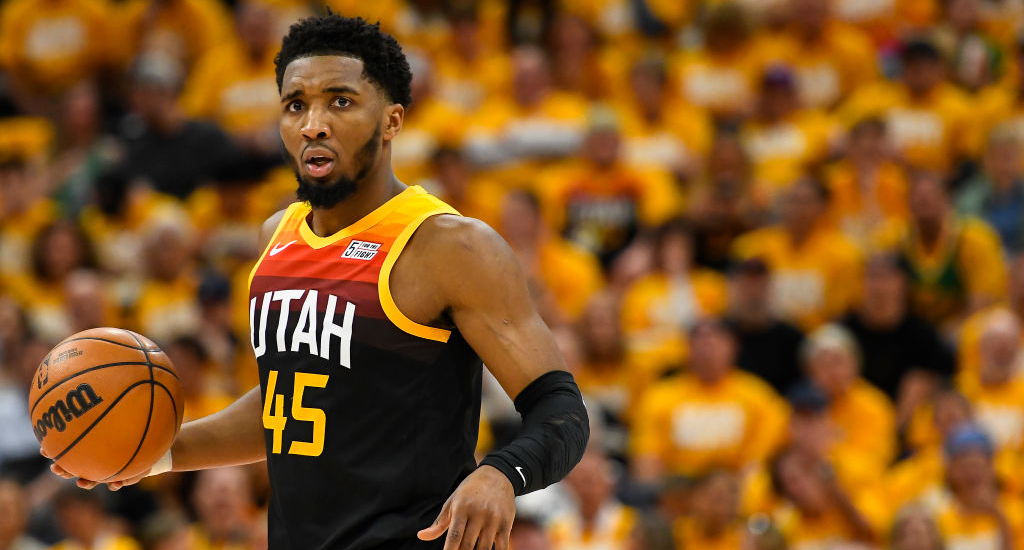 Game 5 went about as poorly as it could for the Utah Jazz, as they got throttled in Dallas by the Mavericks to fall behind in the series 3-2, put forth arguably their worst offensive performance of the season, and saw their leading scorer exit the game in the fourth quarter well after the game was decided with an injury.

With five minutes to go and the Jazz down 28, Donovan Mitchell pulled up after a drive and kick and grabbed at the back of his left leg and called for a sub. The All-Star, who was having a rough night offensively, limped back to the locker room immediately and naturally there was concern on the Jazz side for his health and status going forward.

After the game, the Jazz announced Mitchell had suffered a hamstring injury and would be reevaluated on Tuesday when the team is back in Salt Lake City.

We’ve already seen one West star guard suffer a hamstring injury this postseason in Devin Booker, whose absence has caused the Suns to find themselves deadlocked at 2-2 with the Pelicans. For the Jazz, it’s certainly hard to imagine how they pull themselves out of a 3-2 hole to the Mavs without Mitchell’s scoring, but it’s possible they will have to do just that given how difficult it is to quickly recover from a hamstring injury.

We’ll await word on Tuesday regarding the severity of the injury and hopefully it was just a scare and not a strain that would knock Mitchell out of the lineup. Mitchell seemed to believe he’d be able to play through it, saying it just “tightened” on him, but that remains to be seen.

Mitchell on his availability for Game 6: “I’ll be fine.”

Mitchell said that he’d never felt his hamstring tighten up like that before, and that he probably anticipated pain in the next couple of days. When asked if he would play through pain, he said “I’m a competitor.”