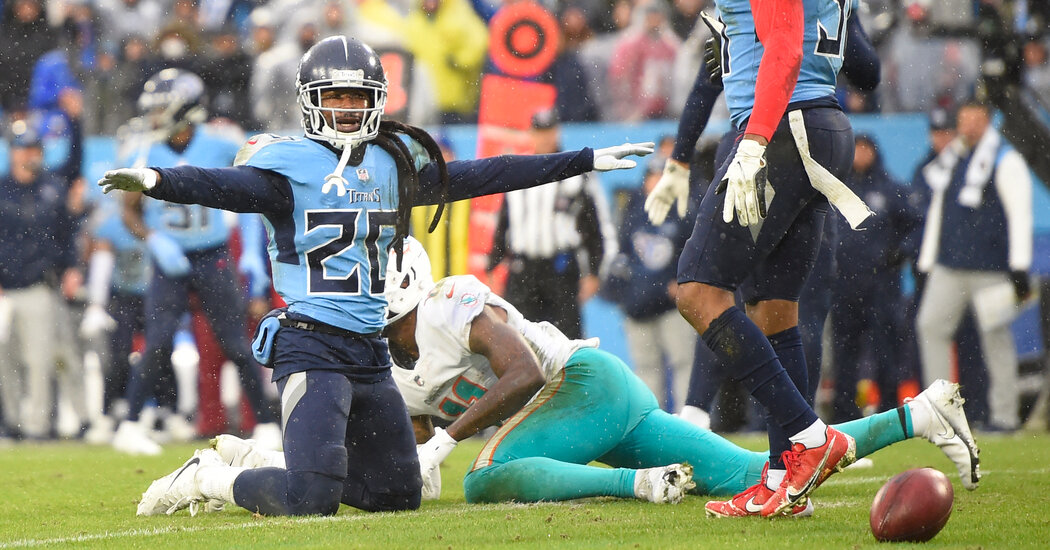 One of the most critical factors of a team’s success is its schedule — not just who it plays but when. And in this second pandemic-affected season, which is rapidly challenging the last for the most bizarre and volatile season in league history, the Dolphins were fortunate to encounter Baltimore on a short week and a Saints team depleted by Covid-19, not to mention New York’s twin paragons of dreadful football — the Jets and the Giants — three times. These are the quarterbacks they beat during their unbeaten stretch: Tyrod Taylor, Lamar Jackson, Joe Flacco, Cam Newton (and P.J. Walker), Zach Wilson, Mike Glennon and Ian Book.

Much like the Jets and the Browns, the Dolphins have been searching for someone better than that group — a franchise quarterback — for decades, and their failure to do so compelled them to embark on a grand retooling after the 2018 season. Stripping their roster to amass draft capital and salary-cap flexibility, the Dolphins selected Tagovailoa in 2020 to spearhead their revival.

Instead of dominating games in the way of Justin Herbert, who was taken one pick later by the Chargers, Tagovailoa has neither confirmed that he should be a part of Miami’s future nor demonstrated that he shouldn’t. The Dolphins’ owner, Stephen M. Ross, wanted to acquire Watson from the Houston Texans, but wouldn’t authorize the deal unless Watson’s legal situation — he is accused of coercive and lewd behavior in 22 lawsuits — was resolved by the Nov. 2 trade deadline. It is likely that Miami will resume its pursuit of Watson, or another perceived upgrade, after the season.

“I’ve heard this the entire time I’ve been here,” said Tagovailoa, who completed 18 of 38 passes for 205 yards, lost a fumble and was sacked four times. “At the end of the day, I can control what I can control, and that’s the best version of myself I can be for this team.”

Tagovailoa had played efficiently throughout a winning streak that enabled Miami to chase its first playoff berth since the 2016 season. Not since 2006 had as many as 24 teams been alive for a playoff spot with two weeks left in the season. Entering Sunday, 11 of the A.F.C.’s 16 teams were at .500 or better, but only one — Kansas City, which clinched its division — had secured a playoff spot.

Among those still alive are the Baltimore Ravens, who, battered by injuries and illness, have lost their last five games; the Pittsburgh Steelers, who haven’t scored a first-half touchdown since before Thanksgiving; and the Las Vegas Raiders, who, even after winning at Indianapolis on Sunday, have been outscored by 68 points this season. According to Pro Football Reference, only three teams have advanced to the postseason with a worse point differential.

The Raiders, at least, will enter the final week of the season with a chance. Herbert — the quarterback the Dolphins bypassed — ended Miami’s playoff hopes with 237 passing yards and two touchdowns against the Broncos. Even with the expanded playoff field, with seven entrants from each conference instead of six, Miami could not sneak into the postseason.