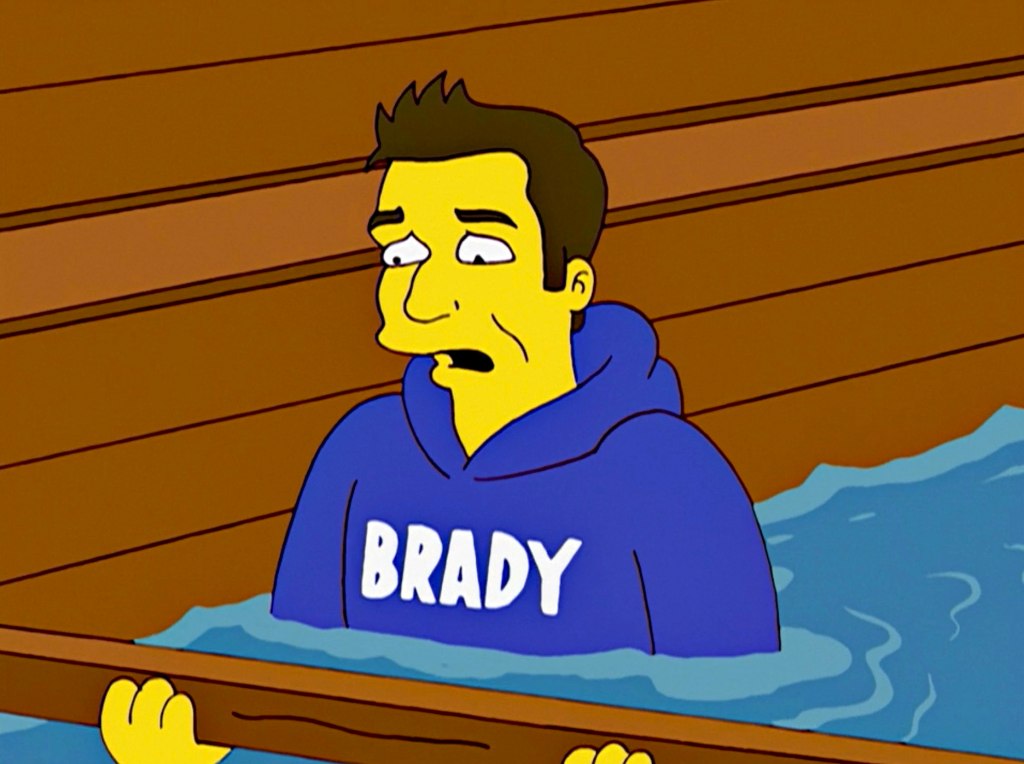 Tom Brady and The Simpsons both continue to defy the odds. The Tampa Bay Buccaneers quarterback and three-time MVP led the league in yards and touchdowns this season at 44 years old, while The Simpsons is up to season 33, making it the longest-running American scripted primetime television series ever.

Because they’ve both been around for seemingly forever, Brady appeared in a season 16 episode, “Homer and Ned’s Hail Mary Pass,” as a member of the Homer Simpson Showboating Academy, along with fellow guest stars LeBron James, Michelle Kwan, Yao Ming, and Warren Sapp. It’s a fine episode, but it apparently meant a lot to TB12, who designed his new hoodie after the Simpsons version of himself:

Tom Brady’s new sweatshirt design from his just-launched Brady apparel line might look a little familiar to some eagle-eyed fans… [Brady] guest-starred in the episode, wearing hooded sweatshirts in bright colors with their last names written across their chests. Brady’s hoodie was blue, with his last name printed in white — just like the sweatshirt from his new collection.

The $95 hoodie’s “Brady Blue” color is “bold, exuding strength and confidence, imbued with an inner intensity, emblematic of his self-determination and commitment to precision,” according to Pantone. It’s not meant to be worn during stadium-wide singalongs of “Shipoopi,” though. That’s a different show.