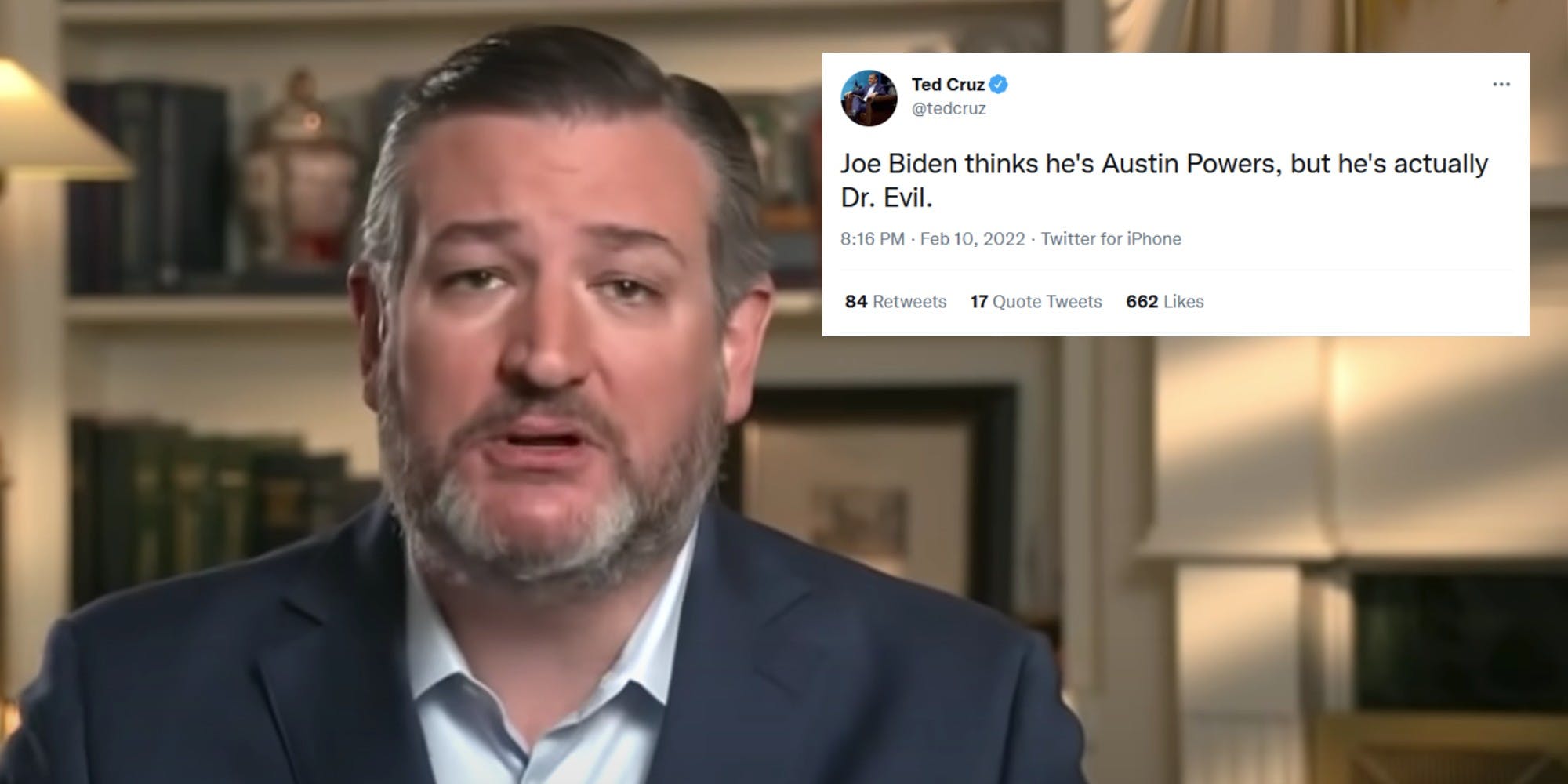 Sen. Ted Cruz (R-Texas) is being mocked online for a series of tweets that allegedly compare numerous politicians to characters from the comedy franchise Austin Powers. But it turns out that the tweets aren’t real.

The term “Austin Powers” began trending on Twitter on Friday after General Motors released a commercial featuring the films’ most-iconic characters. Rumors also began swirling that a fifth installment in the series could be in the works.

The renewed attention on the popular film series led Keaton Patti, a writer who has been featured on satire sites such as the Onion, to share screenshots purporting to show an obsession with the movie by Cruz.

The tweet, which has been shared over 8,000 times so far, included four images in total of Cruz’s alleged tweets.

In the first tweet, Cruz purportedly argues this year that President Joe Biden thinks he is Powers but is actually the film’s villain Dr. Evil. A second tweet appears to show Cruz also arguing in 2018 that although people believe former President Donald Trump is Dr. Evil, “he’s actually Austin Powers.”

The third tweet, allegedly from 2016, follows the same script and argues that former President Barack Obama likewise believes he is Powers but is actually Dr. Evil. The fourth and final tweet then claims to show Cruz discovering in 2015 that Powers and Dr. Evil are both played by comedian Mike Meyers.

Countless Twitter users cited the screenshots while mocking Cruz. But a simple search for mentions of the term “Austin Powers” by Cruz shows that none of the tweets are real.

The website PolitiTweet.com, which archives tweets deleted by politicians, similarly showed that no such tweets had been made.

Daniel Dale, a fact-checker for CNN, quickly noted Patti has a history of posting “fake political images as alleged comedy.”

Patti has not commented further on the viral attention his fake tweet continues to receive.