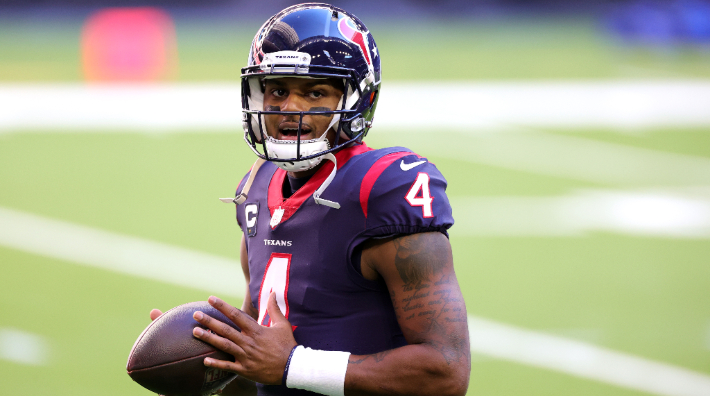 Deshaun Watson will not face criminal charges pertaining to the sexual misconduct allegations that have been levied against him in the past year. The district attorney’s office in Harris County, Texas, brought charges from nine of the 10 criminal complaints that Watson, the Houston Texans quarterback who did not play last season, in front of a grand jury.

On Friday, it was announced that the nine cases were rejected by the grand jury. The 10th complaint was not presented.

Watson is still being investigated by the NFL under its personal conduct policy, and still faces civil lawsuits pertaining to the allegations made by 22 women. Earlier in the day on Friday, Watson went through a pair of depositions for the civil cases, and according to the New York Times, repeatedly invoked the Fifth Amendment, as his lawyer, Rusty Hardin, said he would do.

Tony Buzbee, a lawyer for the 22 women who have filed civil lawsuits against Watson, said that Watson cited his Fifth Amendment right and declined to answer questions during the two depositions, as Hardin previously said he would. Each of the depositions lasted about 90 minutes, and Buzbee estimated that Watson responded to 150 questions or more by citing his Fifth Amendment right. The women who filed these two civil cases did not submit criminal complaints against Watson.

According to Mike Garafolo of NFL Network, the expectation “by many” is that Watson will face some sort of suspension from the NFL.