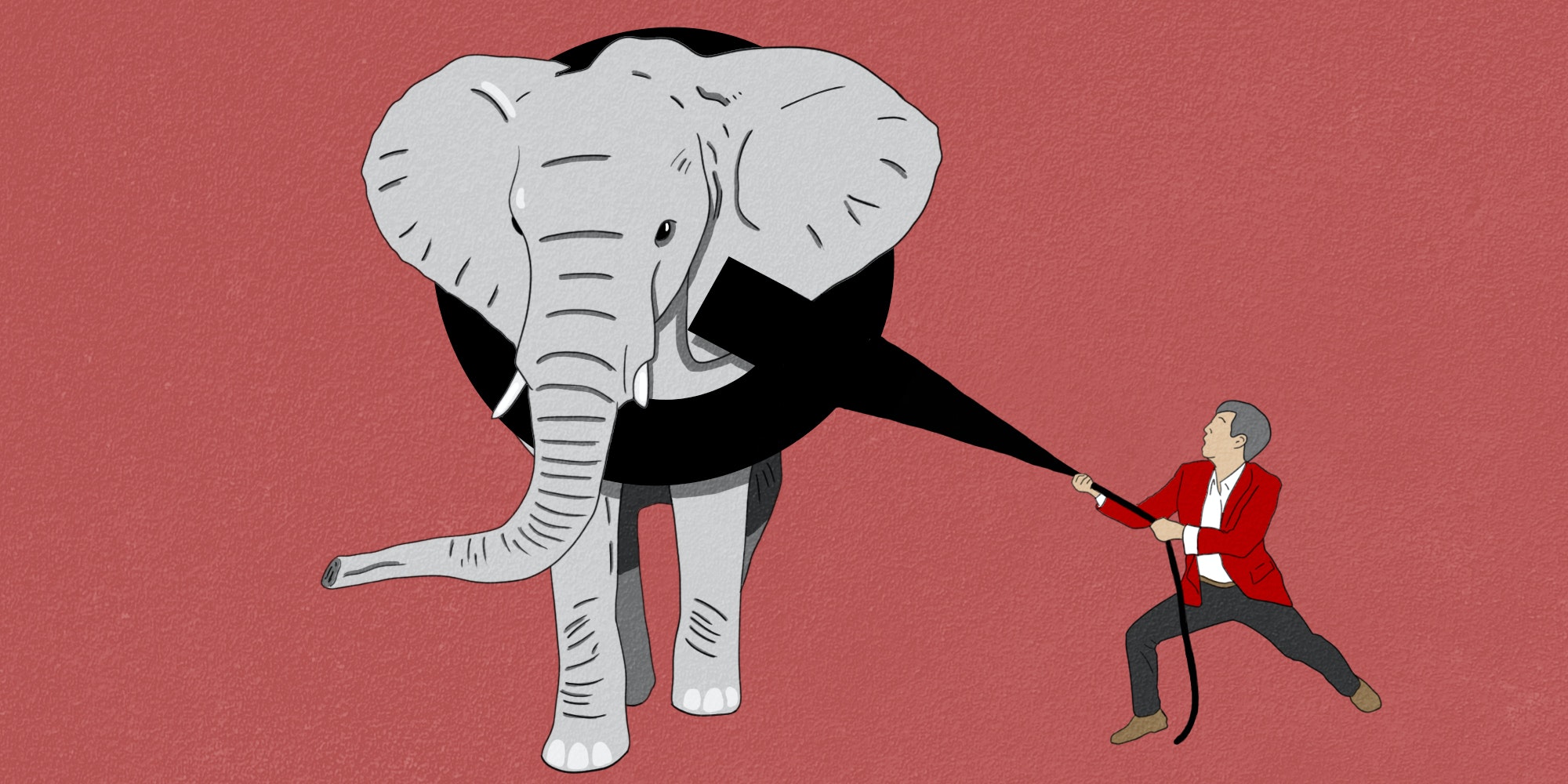 The 2020 election is just barely over, but with a slim majority in both the House and Senate, Democrats are already turning their attention to the 2022 midterms. And they think they have a plan to keep control in Congress.

Tie their opponents, the Republicans, to QAnon.

QAnon is the theory that prominent Democrats and deep state actors are secretly cannibalistic pedophiles, and that President Donald Trump was elected to root them out. A person close to Trump, known as Q, was revealing secrets about the plans through posts on internet message boards.

Absurd as it may sound, it developed support among the far-right and eventually became a faction within the GOP—essentially tied to blind support of Trump—such that the party is now grappling with what to do with the fact that a vocal subsect of its base wants to execute its political opponents.

According to Politico‘s Ally Mutnick, Democrats will try to tie Republican candidates to QAnon and its noxious views, currently best exemplified by Rep. Marjorie Taylor Greene (R-Ga.), the most prominent Q supporter in Congress, who has touted numerous odious conspiracies.

“They can do QAnon or they can do college-educated voters. They cannot do both,” DCCC Chair Sean Patrick Maloney said to Politico.

The Democrats clearly believe it’s a smart strategy, but there’s the potential for this to backfire.

For starters, the dichotomy they are proposing, between QAnon supporters and college-educated voters, is false. As the Capitol riot shows, many Q believers were well-to-do, middle class, and comfortable. Democrats are free to insult them, but given how clearly devoted and fanatical about their beliefs they are, calling them “low class” isn’t going to somehow make them shift over and vote for the obscenely wealthy cabal members they think are molesting children in their free time.

And the message of QAnon, outside of the baby-eating stuff, is that a group of powerful elites are sick and twisted and don’t care about you and you need to fight back. As Democrats dawdle and mince words about COVID-relief—backtracking on the money they promised to people—it isn’t going to make themselves more appealing to the fanatics who think those in power are trying to keep them down.

But lastly, QAnon candidates have shown no qualms about running for office, and by painting the GOP as the party of Q, it’s actually possible it will increase the likelihood of conspiracy theorists running for office. At every House race and Senate debate, Democratic candidates could face questions from opponents about their pedophilic tendencies, and who they are protecting.

True or not, being onstage declaring “I am not a pedophile” isn’t a good look to maintain your House majority.

The post Democrats want to tie the GOP to QAnon—that could backfire appeared first on The Daily Dot.