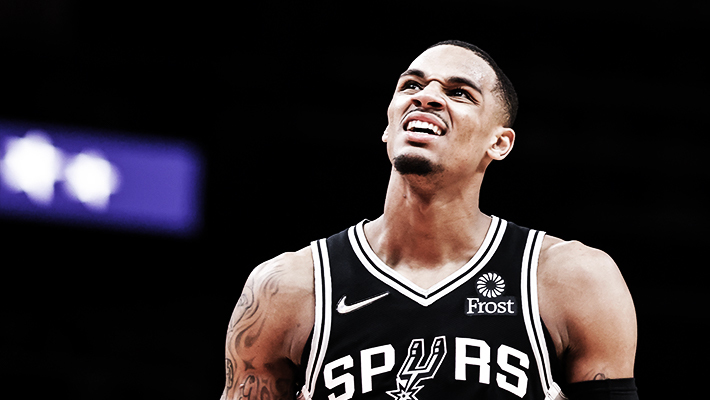 Late on Wednesday night, a report from Jake Fischer of Bleacher Report provided the first indication that the San Antonio Spurs were willing to trade All-Star guard Dejounte Murray.

Per Fischer, the Spurs have had discussions with the Hawks about a deal that would send John Collins back to San Antonio and pair Murray with Trae Young. However, the Spurs unsurprisingly want a lot for the All-Star as he enters his prime years, and have apparently set their bar at the Jrue Holiday trade package Milwaukee sent the Pelicans (which included three first round picks). With plenty of teams wanting point guards and a few big names potentially available, headlined by Malcolm Brogdon and D’Angelo Russell, it’ll be interesting to see if any team is willing to meet those demands.

In the meantime, Murray seems to be enjoying all the rumors — or at least is embracing the chaos of it all — as he posted this reaction to Twitter to Wednesday night’s report.

Every player handles rumors differently, as some try to ignore them all while others can’t help but read everything about what their future may hold. It’s a difficult place to be, a limbo of sorts not knowing where you might end up, as moving is a headache for everyone, even NBA players. Murray seems to be taking a pretty light approach to it all which is good to see, and we’ll see if he’s willing to provide any updates himself on the proceedings.