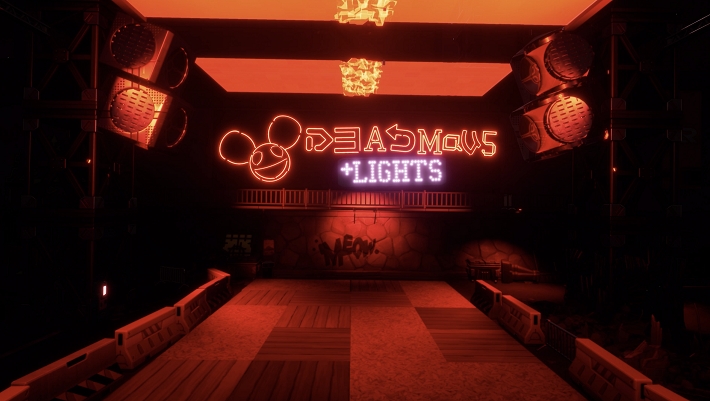 Not too long ago, deadmau5 announced that he would be partnering with the community around the video game Core to create his next music video. This was a really unique and cool opportunity for fans and deadmau5 to do something unique. It was also yet another example of someone in the music space embracing video games.

On Thursday, the music video that deadmau5 and the Core community created was released. It’s a pretty neat video considering how it was made and the efforts that went into it. The music video does a cool job of not only showing what Core is capable of but representing the community aspect that this video is about. We get to see deadmau5 taken across many different landscapes and scenarios and since all of this was made inside the game it feels like the community of Core is showing deadmau5 around so they can see everything they’ve made for him.

“I’ve been experimenting with the confluence of music and tech for a long time, and now with games, I’m able to take it to a whole other level,” said deadmau5. “Typically it takes months and hundreds of thousands, or even millions, of dollars to make a music video. In this case, we were able to pull together a video with stunning 3D worlds in just a couple of months by crowdsourcing the creation to the Core community and deadmau5 fans. The quality of the interactive experiences and the speed with which they were made was unbelievable and demonstrates why more artists are seeking out unique opportunities inside of games to extend new experiences to their audiences.”

It’s incredible that deadmau5 gave everyone from Core an opportunity to contribute to his music video like this. The results of it were even better than expected and maybe this will spark other people in music to do the same. We’ve already seen artists embrace games like Fortnite to host virtual concerts. Maybe now we’ll see a trend of gaming music videos. The potential for creativity has no limit in video games like Core.