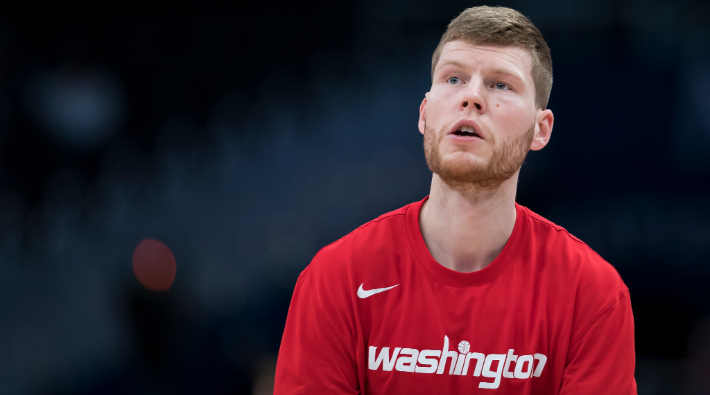 Davis Bertans’ decision to sit out during the NBA’s Orlando Bubble has paid off in a big way. According to Adrian Wojnarowski of ESPN, the sharpshooting Latvian forward has agreed to a five-year deal to return to the Washington Wizards, the franchise for whom he turned into one of the most dangerous marksmen in the league last season.

The price tag on Bertans’ deal will certainly raise eyebrows, as he’s slated to make $80 million, although the contract does apparently include an early termination option.

Free agent forward Davis Bertans has agreed to a 5-year, $80M deal to return to the Washington Wizards, his agent @ArtursKalnitis tells ESPN. Deal includes an ETO after fourth year. One of biggest deals ever for a European-based agent in NBA.

Bertans’ ability to hit shots has never been in question, but he took a major step forward as a member of the Wizards last season. Bertans averaged a career-high 15.4 points per game while connecting on 42.4 percent of his triples. He did this on impressive volume, too, shooting 8.7 threes a night for the high-scoring Wizards. Additionally, he posted a career-best mark by pulling down 4.5 rebounds per game.

There wasn’t much that went right in Washington last season, and outside of Bradley Beal, there were not all that many bright spots in the nation’s capital. Bertans was one of them, though, and while there are 29 other teams that could use someone with his aptitude from downtown, he decided to stick in D.C.

Is Euro 2022 the Payoff for England’s Women’s Soccer Play?