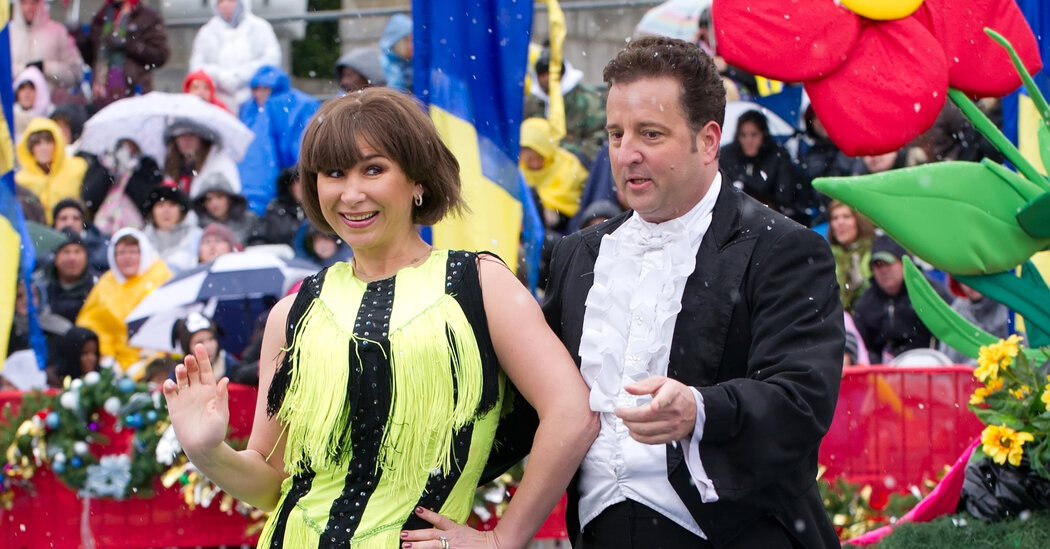 David Maas, half of a husband-wife magic act that achieved YouTube stardom, performed on some of television’s biggest stages and kept basketball fans nationwide nailed to their seats at halftime with their lightning-fast costume changes, died on Sunday. He was 57.

The cause was Covid-19, said the couple’s agency, Hoffman Entertainment.

In 1996 he and Dania Kaseeva married, and the couple first performed their “Quick Change” routine that would stump audiences for decades. Garishly dressed from the outset, they would dance around, then cover each other for mere seconds before emerging in new garb, the old outfit nowhere to be found. The illusion was performed under the veil of a sheet, or even a toss of confetti.

It would land the duo on programs like “The Oprah Winfrey Show,” “Ellen” and a slew of late-night shows, and as guests on “Big Brother.” They helped Katy Perry, the pop singer, perform her own rapid costume changes during concert performances of the song “Hot N Cold.”

Former President George H.W. Bush requested their act three times at his home in Maine, according to the couple’s website. They performed at magic shows and festivals worldwide. And they appeared on “America’s Got Talent,” the NBC variety show in which they made it to the semifinals in 2006. One of their performances on the show that year became the third-most-watched video on YouTube of the year.

“Your act is one of a kind,” the actor David Hasselhoff, one of the celebrity judges, told them. “We’re still sitting here with our mouths open.”

The act was perhaps most recognizable among basketball fans, who would consider halftime the wrong time to visit the concessions when “Quick Change” was on the court. They performed at all 30 N.B.A. arenas, the All-Star Game and 15 W.N.B.A. arenas. At least 76 universities brought them to campus for halftime performances, along with the Big Ten basketball tournaments and the N.C.A.A. Final Four.

They were consistently among the most requested halftime acts, and one of the highest rated among fans and journalists. The N.B.A.’s Oklahoma City Thunder and Xavier University athletics were among those to pay tribute on Tuesday after his death was announced.

David Michael Maas was born in March 1963 to Jerry, a music director for the Circus Hall of Fame in Sarasota, Fla., and Frances, a singer and dancer. As a child he would sit ringside, and as a teenager he would begin creating his own illusions and performing as a ringmaster.

He met Ms. Kaseeva, who had recently come to the United States as part of the Moscow State Circus, at a show in 1995 in which he was the ringmaster and she performed a Hula-Hoop act. After they began dating, they decided to create a two-person show to keep their romance alive, coming up with their own twists on the quick-change concept that had long figured into magic shows, if not so elaborately.

“Our relationship couldn’t work if I was on the road 200 days a year,” Mr. Maas told ESPN in 2011. The network declared them “the most successful halftime act in sports.”

To prepare, Mr. Maas lost weight and trained in ballroom dancing, as Ms. Kaseeva and a Russian seamstress scoured through New York’s garment district to create their complicated costumes. They began performing the act in 1996, and appeared on national TV for the first time in 2001 on ABC’s “Good Morning America.”

On “America’s Got Talent,” they encountered one critic in the form of Piers Morgan, who considered the act to be too one-note. The other two judges on the program disagreed, and Mr. Maas stood up to Mr. Morgan and forcefully defended the routine.

“You want to see an elephant or a snowmobile on the stage? Take a trip down to Las Vegas,” he said to applause from the audience. “We’re the only act of its kind. The concept has taken us all over the world.”