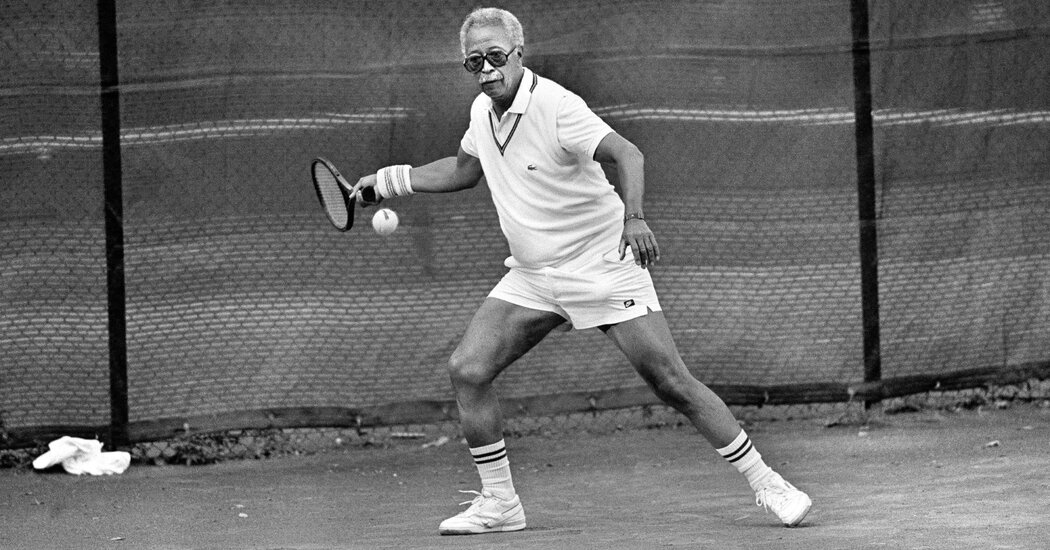 “These programs teach our young people more than just tennis,” Dinkins wrote in The Times in 1990. “They reinforce values such as discipline, courteousness, good sportsmanship, team spirit and responsibility. And they provide our young people with an alternative to the streets and allow them to release creative energy in a positive way.”

He also made an impact when he served on the board of the U.S.T.A. “He was a loud voice in the room when it came to diversity and inclusion,” said Katrina Adams, a former Tour player and U.S.T.A. president. “He helped us to understand that we represented everybody.”

“My greatest interest and concern was that people playing tennis look like this country,” Dinkins told Tennis.com. “It has been my experience that having a seat at the table alters things.”

The tennis world honored Dinkins by naming an entrance to the tennis center after him, and he is also the namesake of some Harlem tennis courts.

But for tennis nuts, what ultimately matters is your game. So what was Dinkins like on the court?

Doug Henderson, a lawyer from the Inwood section of Manhattan and a longtime friend of Dinkins, who played with him in the ’70s and ’80s said: “He had a good game; he had strong legs. Today, the players use more of the upper body; he used his legs. He was ultracompetitive. He played until he just couldn’t play any more.

“He was immaculate in his suits and ties, and also in his tennis outfits and his manners.”

As he aged, Dinkins continued to seek challenging opposition. “He enjoyed playing with good players his age and much younger,” said Peter Knobler, who co-wrote the mayor’s autobiography, “A Mayor’s Life: Governing New York’s Gorgeous Mosaic.” “He played with Monica Seles and other pros. When players met him and found he had the same passion as they did, they responded.”

Dinkins continued to play doubles until he was 88. Adams, who played with him in those years on Roosevelt Island, said: “He would always have a diverse group with him, men women, Black, white, Asian, Hispanic. He always loved bringing people together. He was strategic, on the court, but also professionally.”