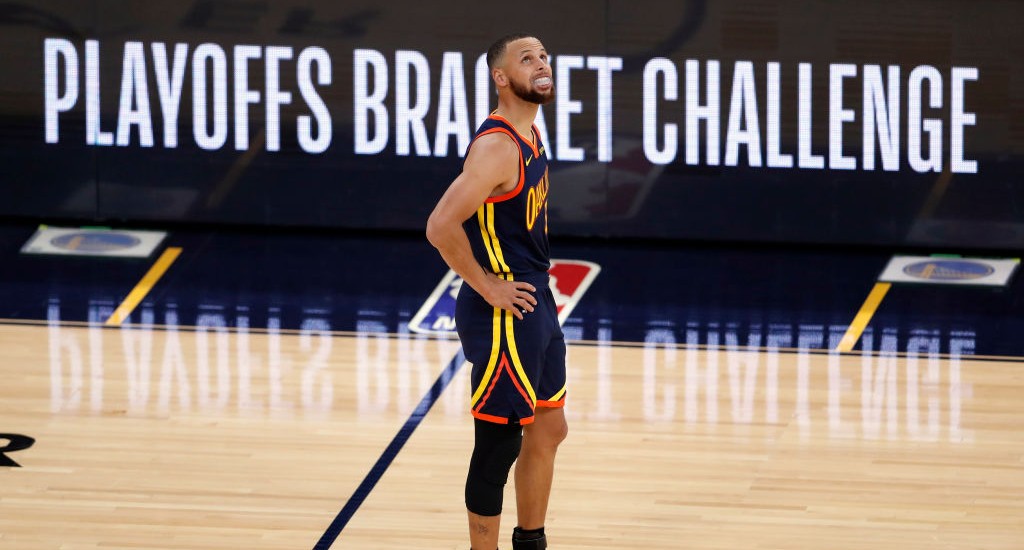 On Wednesday night, the Philadelphia 76ers finished off their first round series against the Washington Wizards with a 129-112 win despite the absence of Joel Embiid. Philly got big contributions from its two other top stars as well as some role players, who stepped up to take on more of the offensive workload.

No one stepped up more than Seth Curry, who had a new playoff career-high with 30 points to help propel the Sixers to the second round where they will meet the Atlanta Hawks. Stephen Curry enjoyed seeing his little brother ball out and celebrated Seth’s big night with an Instagram post.

Immediately, people took this as Morey saying Steph should come to Philly to join Seth, which is a reasonable thing to assume from a tweet that says “Join ‘Em,” which Morey seemed to realize was going to result in another tampering fine coming his way. As such, he offered a clarification, saying he was just noting how happy everyone is that Seth’s on the Sixers and nothing else.

My goodness folks I am talking about the fact that we are all thrilled @sdotcurry is here with the @sixers — nothing else!

I’m not quite sure how folks were supposed to get “we’re thrilled to have Seth and that’s all” from “join em,” but it’s a good attempt by Morey to avoid another fine for being too online.