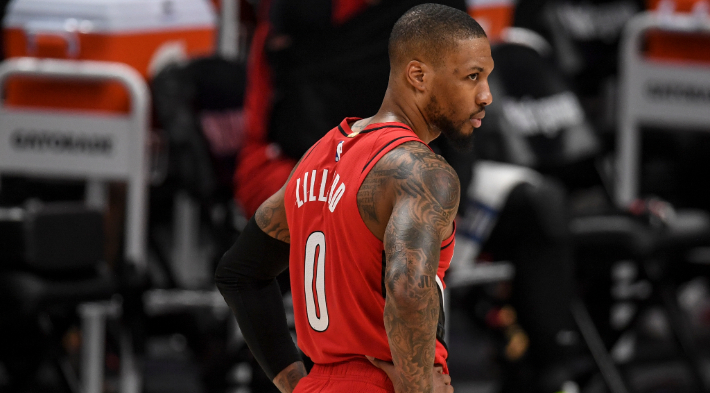 The Portland Trail Blazers made the decision to hire Chauncey Billups as their next head coach on Friday evening. Billups’ name has popped up in coaching searches for a few years now, and after spending a year on Tyronn Lue’s staff with the Los Angeles Clippers, he’s getting his chance.

But the hire is not coming without waves of criticism. Back in 1997, Billups and then-Boston Celtics teammate Ron Mercer were accused of sexual assault, and while no criminal charges were filed, the pair settled a civil suit with the accuser several years later. Billups’ hiring has led to an outcry among Blazers fans, some of whom are upset with Damian Lillard, who reportedly had Billups on his list of preferred candidates earlier in the search and was in communication with him during the process.

In response to this, Lillard took to Twitter and offered up a defense of himself, saying “I don’t support Those things” along with the claim that “I wasn’t aware of their history.”

Really? I was asked what coaches I like of the names I “heard” and I named them. Sorry I wasn’t aware of their history I didn’t read the news when I was 7/8yrs old. I don’t support Those things … but if this the route y’all wana come at me… say less https://t.co/N1GPkX3Ohd

When pushed on this, with the original poster conceding it’s possible Lillard wasn’t originally aware of the allegations Billups faced but that “I just can’t believe that you weren’t aware before the decision was made,” Lillard did not directly respond.

There is no word on whether the response to the hiring will lead to the Blazers considering someone other than Billups, as the team has not formally announced his appointment. But reports from Friday indicated he’s their man, despite the controversy that news has created this weekend.