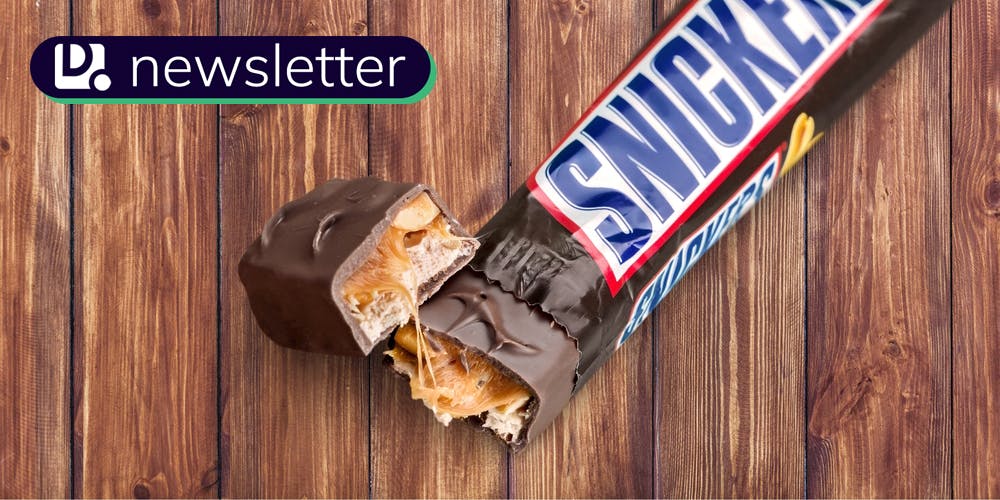 Happy Friday! Today’s top stories include a major net neutrality victory, conversations that have started over Ezra Miller’s latest arrest, and a conspiracy theory about a recent Capitol evacuation.

Plus, our Culture Editor Tiffany Kelly unpacks the week’s discourse online in her “This Week On The Internet” column. Also be sure to scroll down for her favorite meme of the week!

Let’s dive into the news.

NET NEUTRALITY: California got yet another victory in its long running legal battle against internet service provider trade groups over its ‘gold standard’ net neutrality law. The groups had tried to reverse a January decision where a panel of judges upheld the law. The latest victory denied that request. You can read more about the court’s decision here.

CULTURE: Actor Ezra Miller was arrested in Hawaii this week, the second time they’ve been arrested in the past month. Our Culture Reporter Michelle unpacks how their arrest has sparked larger discussions of privilege and who gets to have their actions viewed in a sympathetic lens. Check out her full report here.

QANON: Earlier this week U.S. Capitol Police issued a warning to evacuate the Capitol due to “an aircraft that poses a probable threat.” However, it turned out the plane was just carrying someone who parachuted into the Washington Nationals game for its military appreciation night. Naturally, QAnon followers aren’t buying it. As our Politics Reporter Claire notes, QAnon believes think it was actually a plot to kidnap Nancy Pelosi. Check out her full story here.

The Snickers tweet had people asking if brands were OK

There were several prominent discourses on the internet this week, including one about a certain Twitter account and the nonstop reactions to the Johnny Depp-Amber Heard defamation trial.

But one event sent us back in time to the days when Brand Twitter could ruin make or everyone’s day. Yes, I’m talking about the Snickers vein.

A viral tweet from last week, showing a smooth Snickers candy bar, read: “I just bought a snickers (my favorite treat might I add) and it came out completely smooth. I am disgusted. I am shocked. I need to be alone right now.”

“Good news, contrary to what’s trending on Twitter… THE VEINS REMAIN!,” the tweet read, along with a picture showing the candy bar with its, uh, veins.

Twix, Starburst, and even Fleshlight replied to the tweet, which now has more than 5,000 replies and 69,000 (really) retweets.

The reactions from non-brand accounts were mixed.

“I think letting brands have ‘funny’ social media accounts was a mistake,” wrote one user.

Others imagined the marketing meeting Snickers had about the vein. Many people had the same sentiment: Why did Snickers feel the need to debunk an internet joke?

Regardless of the reason, it will likely inspire other brands to get wilder on main. Brand Twitter is not done with us yet.

Unlock an unlimited world of free entertainment for your business

🍕 A TikToker and musician recounted how she stayed at an Airbnb in the back of a pizza parlor. While they said the listing was “misleading” and found the place to be “extremely unsanitary” they did make pizzas.

🗣️ A wealthy entrepreneur has become one of the most prominent Russians to publicly oppose the country’s invasion of Ukraine. In an Instagram post, Oleg Tinkov came out unequivocally in opposition to the war, saying that he sees no benefit to this “crazy war.”

⚖️ This TikToker says her leasing office “confused her for another Black person for having a pet and a unauthorized person in my apartment” and sent her a lease termination. Now “they have a lawsuit on their hands,” she wrote in a viral TikTok.

👩‍👧‍👦 A parent faced an onslaught of criticism after they tweeted about how much “emotional labor” they expend to care for their adopted daughter and her brother.

🤷 An Amazon worker went viral after showing what it’s like working in an Amazon warehouse on a slow day, or as they said “what it’s like to work at Amazon to do nothing.”

🪀 Can busy hands soothe a busy mind? These fidget toys will help you reduce stress and calm anxiety.*

📜 When you think of the early days of the internet, what does that look like to you? In “The Lost History of the Internet” the Daily Dot explores the online communities and events that shaped us.

🍗 A TikToker who shared her now-viral Popeyes customer service horror story has sparked a debate about whether asking for a manager makes someone a “Karen.”

🎭 Viewers are angry after Rudy Giuliani, the former mayor of New York City who relentlessly pushed false claims that the 2020 election was stolen, was unmasked on ‘The Masked Singer’ on Wednesday night.

I’m still thinking about Severance since I finished it more than a week ago, and I’m loving all the memes about the show.

Now Playing: 🎶“This Is A Life” by Son Lux, David Byrne🎶