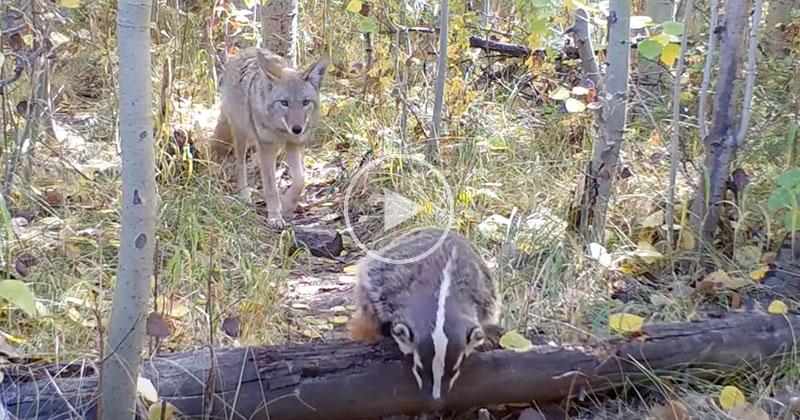 A wildlife photographer said he captured an “unusual friendship” on September 1, 2020 when he recorded video of a badger and coyote strolling together in a forest in South Lake Tahoe, California.

Toogee Sielsch captured the footage of the unusual pair walking through the wooded area, saying, “I feel like a little boy that found hidden treasure.”

Sielsch added that such wildlife behavior is known of, but “rarely captured.”