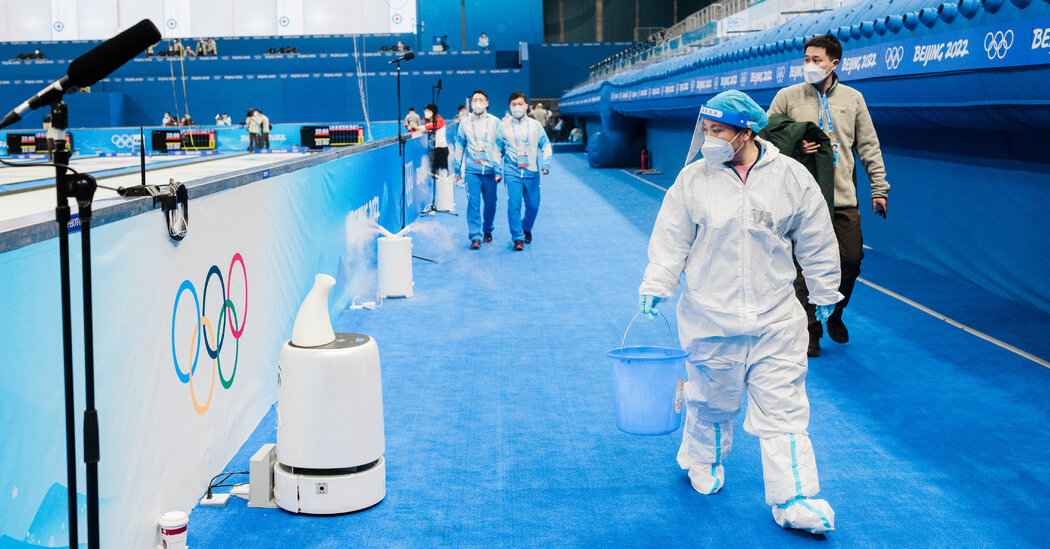 Coronavirus infections among athletes continue to jeopardize medal hopes in Beijing, with the opening ceremony in less than a day.

According to the Beijing Organizing Committee’s Covid tracker, 26 new infections among athletes and team officials were reported as of Thursday. The number of total confirmed positive cases is now 287.

The Ukrainian figure skater Ivan Shmuratko tested positive for Covid, sidelining him from the men’s component of the team figure skating event on Friday and preventing Ukraine from accumulating any points. The Ukrainian Olympic Committee said it hoped that Shmuratko, who is making his Olympic debut, could recover in time for the start of the men’s individual competition on Tuesday.

Germany has also been thwarted in the team figure skating competition after the pairs skater Nolan Seegert tested positive. Minerva Fabienne Hase, his skating partner, has so far tested negative, but there are no alternates for the pair. Rather than withdraw altogether, Germany is moving forward in the team event but will not acquire any points in the pairs skating component, dashing any hopes for a medal.

The world’s No. 2 Nordic combined athlete, Jarl Magnus Riiber of Norway, also tested positive for the virus. Riiber, who won silver as part of a team event in the 2018 Pyeongchang Games, was a medal contender in Beijing. He posted a photograph of himself on Instagram with the caption, “The gold is yours, guys,” using a gold medal emoji and adding a virus emoji and winking face at the end. The first Nordic combined event is on Wednesday.

The Czech hockey player and Boston Bruins center David Krejci tested positive upon arriving in Beijing and missed the team’s first full pre-Olympic practice. Their first game is on Wednesday against Denmark.

The Czech team said that the ski jumpers Viktor Polasek and Cestmir Kozisek have also tested positive. Polasek entered isolation while Kozisek, who recently recovered from an infection, is allowed to train while living separately from others.

The Japan Times reported that an unidentified skier had also tested positive after arriving in Beijing, the Japanese team’s first positive infection.