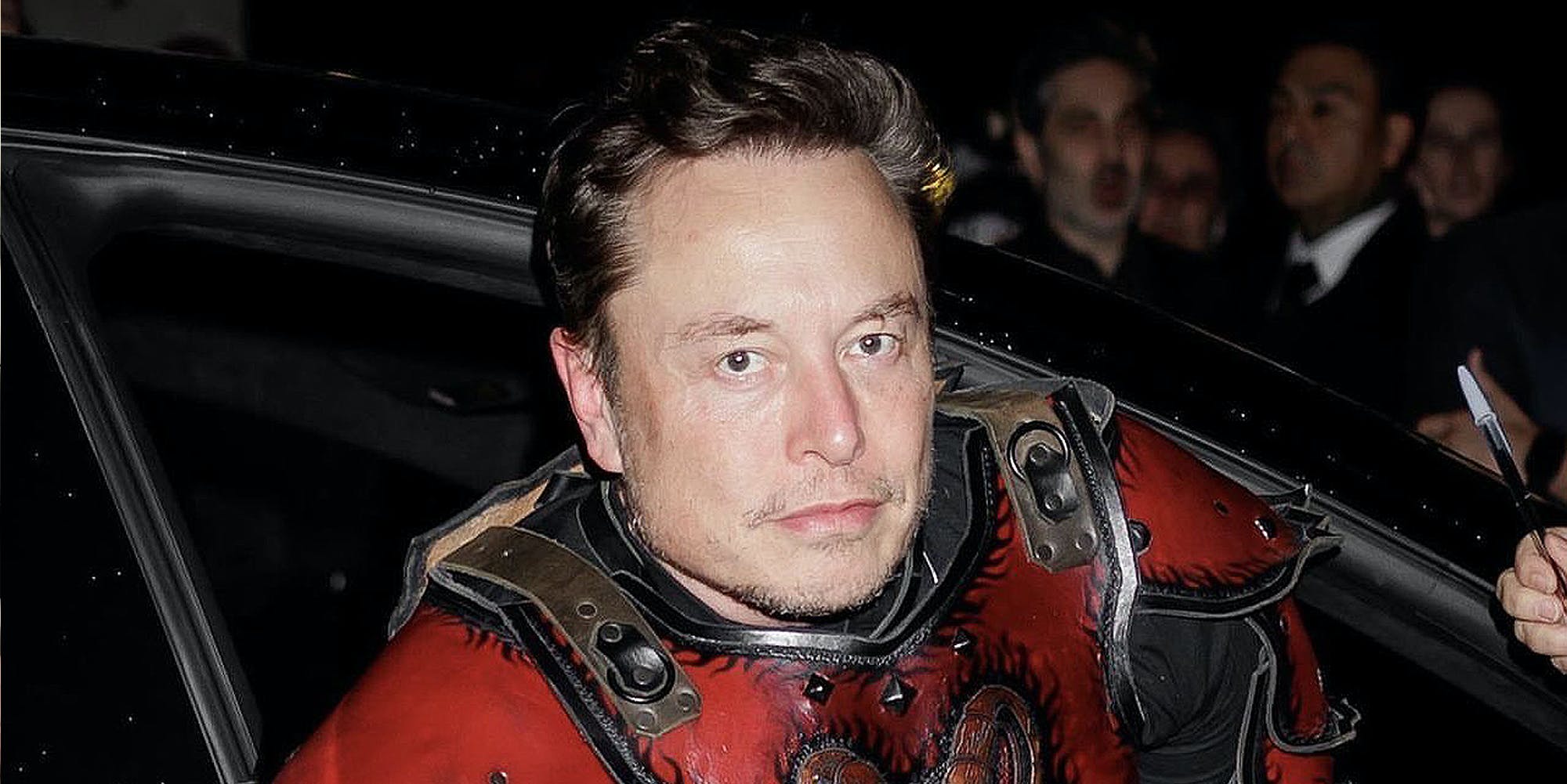 The fervor began on Monday after Musk shared two photographs of the attire, a red Samurai-style suit of armor, to his nearly 113 million followers.

The costume, as noted by the Daily Mail, is listed online as the “Devil’s Champion-Leather Armor” set and retails for $7,500. Musk wore the costume to model Heidi Klum’s 21st annual Halloween party at New York City’s Moxy Hotel.

Musk’s chest plate, which features a goat’s head and an inverted cross, quickly caught the attention of conspiracy theorists. Numerous social media users, who seem to believe that Musk’s recent acquisition of Twitter is part of a global battle against evil, accused the billionaire of sending the wrong signal.

“Come on @elonmusk, we are fighting satanist and you choose to wear this?” they wrote.

Others appeared to suggest that Musk could be the anti-Christ, a figure in the New Testament that Christians believe will attempt to lead them astray prior to the end of the world.

“tell me thats not something the anti Christ would wear,” another user wrote.

The website where the costume is sold, Abracadabra NYC, was even inundated with fake reviews aimed at disparaging Musk’s costume choice.

“Wore this to a satanic celebrity party in Draculas Castle, Romania,” one review wrote alongside a picture of Musk. “Fit me really well. If I don‘t comply they will punish me. I am the Antichrist. They‘re among us.”

Another review even included an antisemitic trope that accuses Jews of sacrificing non-Jewish babies.

“Elon and I purchased these together to honor our Dark Lord. Praise be!” the review began. “It is because of our Dark Lord that we have the money to purchase things like Twitter. We must honor him in tithe. As long as we do not deny him, the money will flow like honey….mixed with the blood of a white Christian goyim child on the altar of our Evil Lord.”

Musk’s attire also caught the attention of the far-right blog the Gateway Pundit, which ironically struggled to comprehend how a supposed free speech advocate could wear a costume it deemed offensive.

“Musk’s take on free speech should be celebrated but as of right now it’s quite fair to question why the world’s richest man, who is also a major U.S. Defense contractor (SpaceX) and is the owner of Neural Link a company attempting to hook the human brain up to computers is wearing the Baphomet coupled with inverted crosses as if its a badge of honor,” the blog reads.

The obsession over Musk’s costume highlights how quickly conspiracy theorists can turn anyone into a villain for harmless and mundane activities.