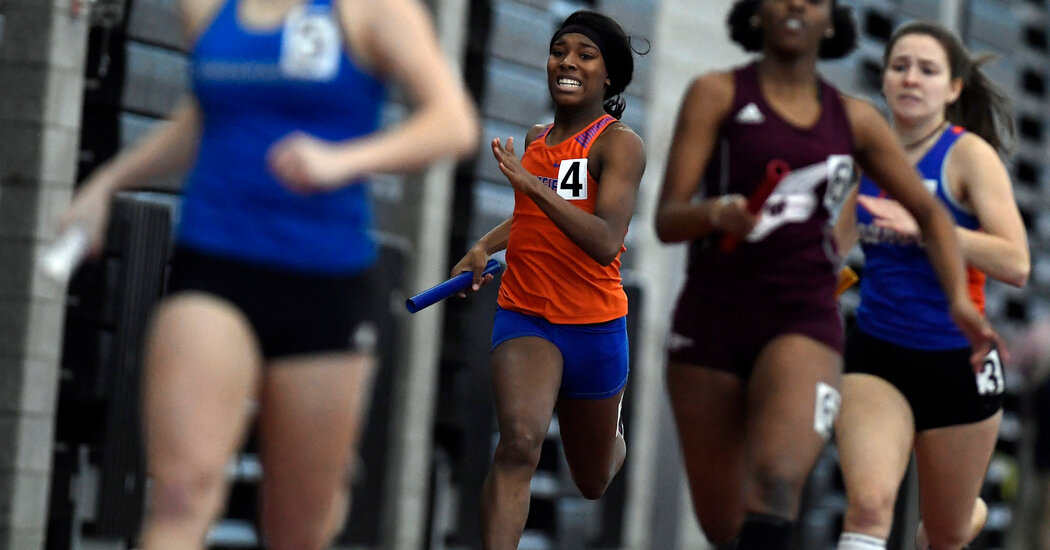 “Children should be able to learn without worrying about whether they will be denied access to the restroom, the locker room, or school sports,” the order read.

Last year, Idaho became the first state to pass a law preventing transgender women from participating in women’s sports. A federal judge temporarily halted that ban in August, and it is not being enforced while the case is pending.

Conversely, 16 states and the District of Columbia have laws that allow athletes in high school or younger to compete on teams that match their gender identity, according to Chris Mosier, the founder of Transathlete.com, which tracks policies related to transgender athletes in the United States.

Connecticut, one of those 16 states, has been sued by three athletes who say that allowing transgender girls to compete in women’s sports violates Title IX, the 1972 law that prohibits discrimination on the basis of sex in educational organizations that receive federal funding. Title IX helped usher in many sports opportunities for women across the country.

Under former President Donald J. Trump, the United States Department of Education said that Connecticut’s high school policy violated Title IX. The Biden administration withdrew that decision last month. The A.C.L.U. is urging that the suit be dropped, and a judge in Connecticut is expected to rule in the coming weeks.

How many transgender athletes are there in the United States?

Joanna Harper, a researcher based in Loughborough University in Britain, studies the effects of hormone therapy on transgender athletes, and she estimated in an interview last summer that out of 200,000 women in college sports at a given time, about 50 are transgender.

The Associated Press reported last week that it had contacted two dozen legislators who had sponsored bills that would limit participation of transgender athletes on teams that match their gender identity. Most of those lawmakers, the news agency said, “cannot cite a single instance in their own state or region where such participation has caused problems.”