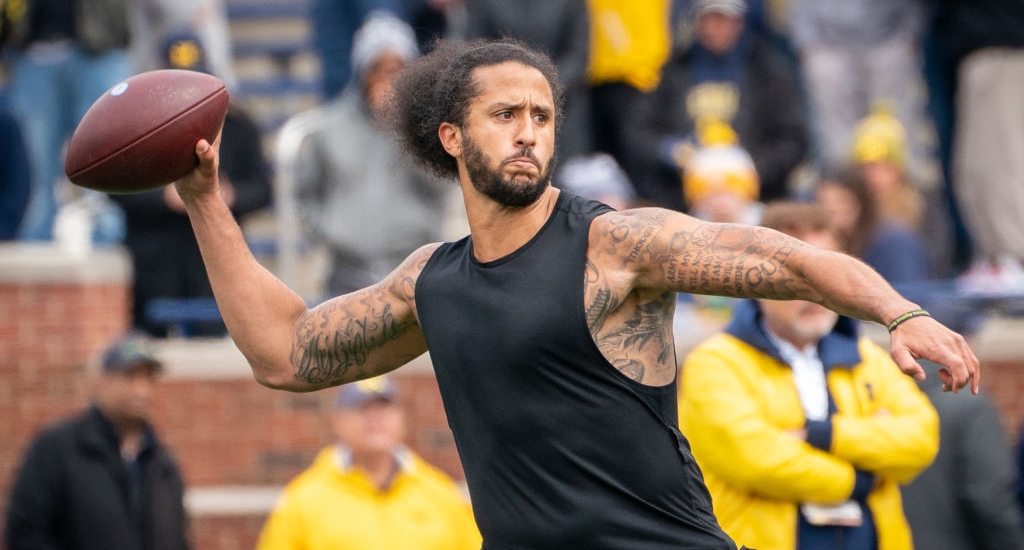 Colin Kaepernick has been out of the NFL for five seasons, as the former 49ers quarterback has been blackballed by the league ever since he started kneeling in protest of police brutality and violence against Black Americans during the national anthem prior to games.

Kaepernick has made clear his desire to return to the NFL in the six years since he last played a game, and it appears he is closer than ever to that opportunity. While Kaepernick has hosted open workouts for team scouts, he hasn’t been brought in for a private workout with a team since his ouster in San Francisco, but that will change on Wednesday when he heads to Las Vegas to workout for the Raiders, per Adam Schefter, Josina Anderson, and Ian Rapoport.

Colin Kaepernick, who last played football in 2016, the same year he started kneeling during the national anthem to protest racial injustice, is scheduled to work out this week for the Las Vegas Raiders, league sources told ESPN.

This comes a month after Raiders owner Mark Davis said he would “welcome him with open arms” if the Raiders football personnel wanted to bring him in as a quarterback on the team in an interview with NBC Sports Bay Area.

“I believe in Colin Kaepernick,” he said. “He deserves every chance in the world to become a quarterback in the National Football League. I still stand by it. If our coaches and general manager want to bring him in or want him to be the quarterback on this team, I would welcome him with open arms.”

Derek Carr, of course, is the Raiders starter after the team gave him a $121 million extension earlier this year, but Kaepernick has said he is willing to return as a backup and work his way back into the league. There is certainly the potential for a spot in the Vegas quarterback room for Kaepernick if he performs well, as their backup situation is currently Nick Mullens, Jarrett Stidham, and Chase Garbers.