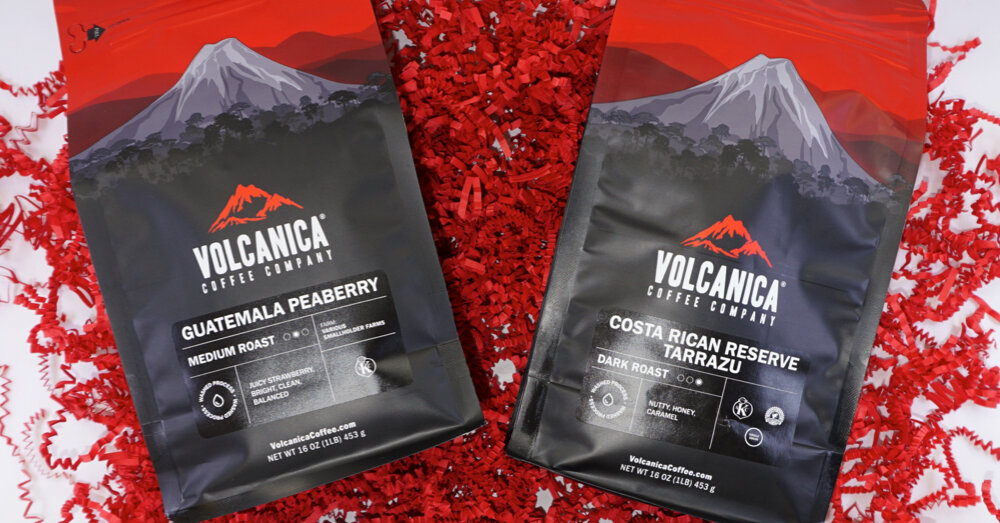 In regions where coffee is grown in mineral-rich volcanic soil, the complexity of the beans receives a boost. Volcanica Coffee, a roasting company based in Suwanee, Ga., focuses on just that, with more than 100 mostly single-origin coffees from dozens of locations around the world where volcanoes loom. It recently introduced several so-called “natural” coffees, processed by sun-drying instead of the more typical washing, which can increase the depth of flavor. Their Ethiopia Natural is alluring, scented of blueberries, and the Costa Rica Natural is full-bodied and chocolaty. The company has also added several gift assortments for Valentine’s Day (on sale until Feb. 28, $59.99 for two coffees, 16 ounces each, with mugs). The family-owned company, founded in 2004, donates one percent of retail sales to charity:water, an organization that supports projects to provide clean drinking water in developing countries.