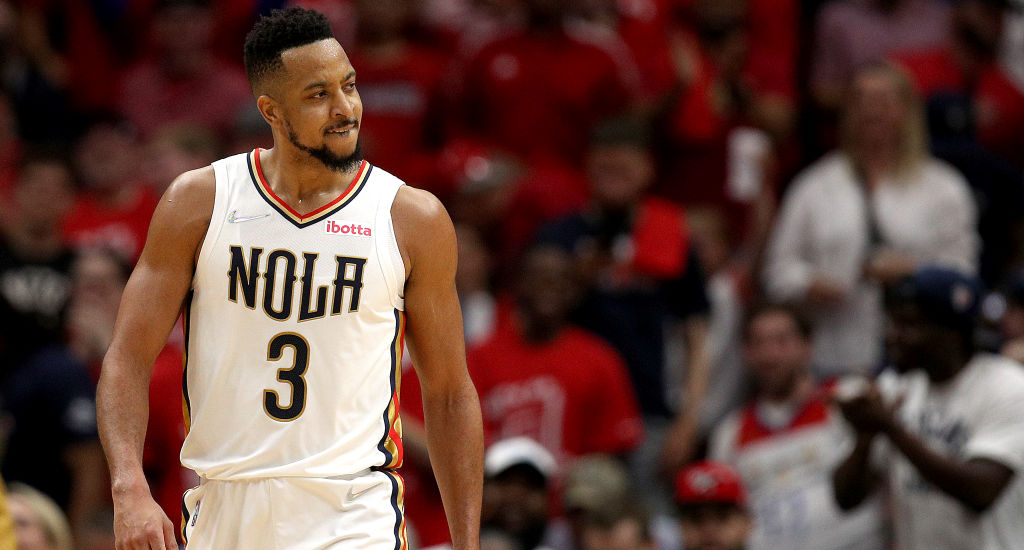 The New Orleans Pelicans are headed to Friday’s play-in tournament finale in Los Angeles to face the Clippers for the West’s 8-seed after dispatching a resilient Spurs team on Wednesday night, 113-103.

In the first half, it was all CJ McCollum, who showed his experience on the postseason stage, racking up 27 first half points (finishing with 32) to outscore all five Spurs starters by himself in the first 24 minutes. McCollum took control early and helped to settle the Pelicans in, while the young Spurs seemed to be a bit frantic and out of rhythm.

Brandon Ingram also provided a quick jolt to the New Orleans crowd with a huge dunk, and while he did most of his scoring damage in the second half, finishing with 27 points, he authored one of the highlights of the night in the first quarter.

Aiding McCollum and Ingram was Jose Alvarado, as the fan favorite reserve made a splash with three threes and bringing his typical energy to the floor that the Pelicans needed.

New Orleans took an 11-point lead into the locker room, with the high point of the first half fittingly coming on an Alvarado steal leading to a McCollum transition three that blew the roof off of the Smoothie King Center.

Herbert Jones, as he’s done all season, was a menace defensively, with a pair of steals and blocks, making life miserable for the Spurs’ wings, as he pestered the likes of Keldon Johnson and Dejounte Murray for much of the night.

The Pelicans took a 21-point lead early in the fourth quarter, but San Antonio, as they have all season, refused to bow out.

A 16-1 run by the Spurs made things very interesting, but they simply were not able to find enough shot-making from anyone not named Devin Vassell down the stretch to reel in the Pelicans. Vassell finished with 23 points on 7-of-15 shooting, with all seven of his makes coming from three-point range, but the rest of the Spurs young core had difficulty with New Orleans’ length on the wing. Keldon Johnson got it going a bit in the second half, finishing with 15 points but needed 20 shots to get there, while Dejounte Murray went 5-of-19 from the field for 16 points in a rough outing.

In the end, the Pelicans just had too much for the Spurs, leaning on their vets in McCollum, Ingram, and Jonas Valanciunas, all of whom had 22 points or more in the win.

The Pelicans will now venture off to L.A. to take on the Clippers after they were beaten last night by the Timberwolves, with a shot at a first round series against the NBA’s best team all year in the Phoenix Suns.