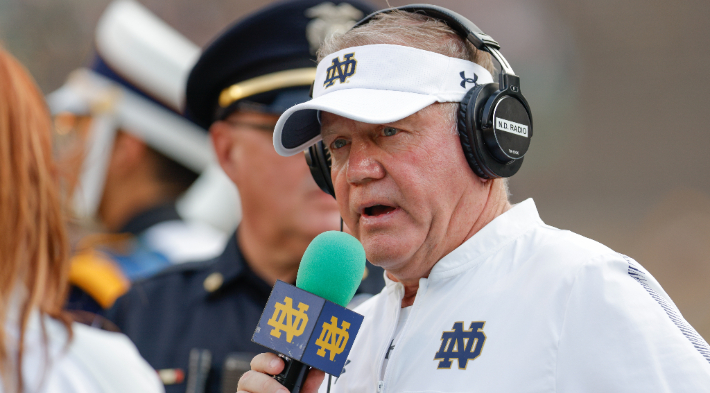 The seventh-ranked Cincinnati Bearcats picked up the biggest win in program history on Saturday afternoon. The team walked into South Bend and beat No. 9 Notre Dame, 24-13, in a game that very well could act as a springboard for the Bearcats to become the first team from a Group of 5 conference to make the College Football Playoff.

In the immediate aftermath of the win, the fine folks behind the athletic department’s Twitter account celebrated by tweeting out a video of coach saying a bunch of good things about the football program. The catch: These were not quotes by current Cincinnati coach Luke Fickell. Instead, they were quotes from when Brian Kelly was at the helm of the Bearcats, which he did from 2006-09 before leaving the school to take over at Notre Dame.

Give them this, it’s an excellent bit of smack talk. Kelly did an exceptional job with the Bearcats, going 11-3 in his penultimate year and 12-0 in his final season, with the team making BCS bowls in both years and the undefeated squad ending with the season as the fourth-ranked team in the country. But to the victors go the spoils, and on Saturday, that meant Cincinnati fans got to have some fun at their old coach’s expense.