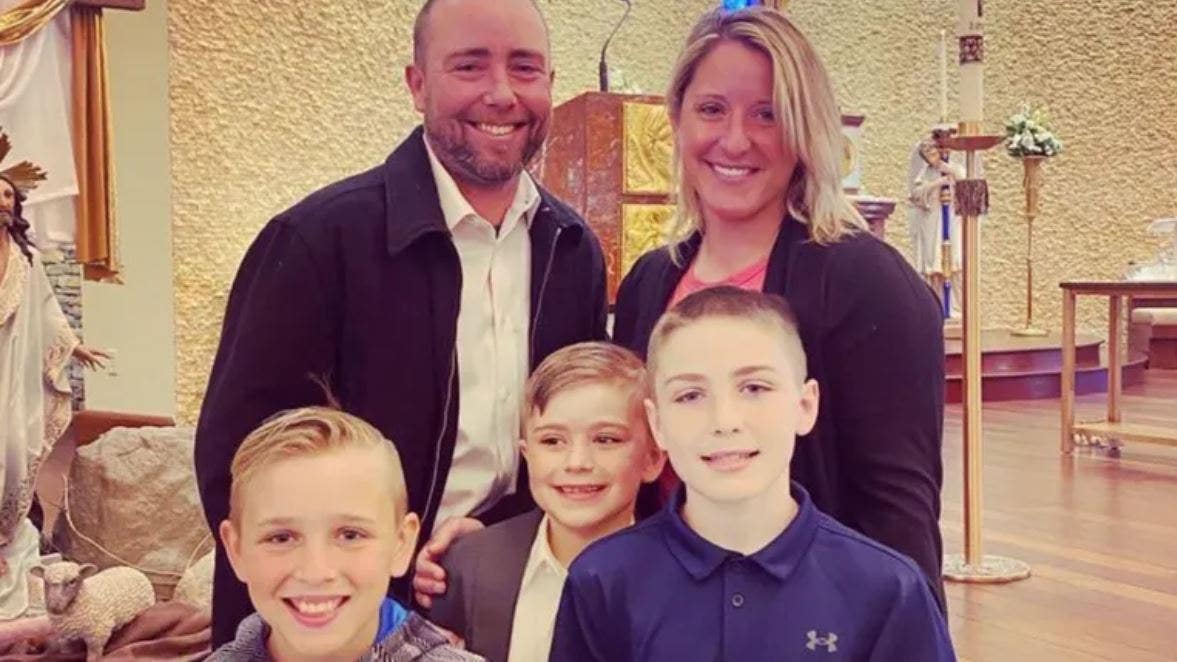 A Dad and two of his sons have died after a house fire tore through their home on Christmas morning.

Authorities say the fire started at the home of the King family at 1:22 am Saturday in Quakertown, Pennsylvania and killed Eric King and his two young sons, Liam and Patrick, according to Fox 29 Philadelphia.

Eric King’s wife Kristin and the couple’s oldest son Brady were able to escape the flames while the rest of the family was trapped inside. The two surviving members of the family were treated for smoke inhalation at the hospital.

The two family dogs also perished in the fire.

Fire had already engulfed the house when firefighters arrived, and the flames were not brought under control until 2:34 am.

The fire started in the area near the Christmas tree and its lighting, according to NBC 10 Philadelphia but authorities say the investigation into the official cause is ongoing.

“This news is devastating for the District community and the Quakertown area at large,” the local school district said in a statement. “Eric and Kristin are very active in the community, and the kind of people who make this a special place to live and attend school. The School District sends its heartfelt sympathy to the King family and their many friends and relatives.”

A GoFundMe page has been established to help the surviving members of the family, and it has raised over $200,000 in just 10 hours after setting a target donation goal of $20,000.