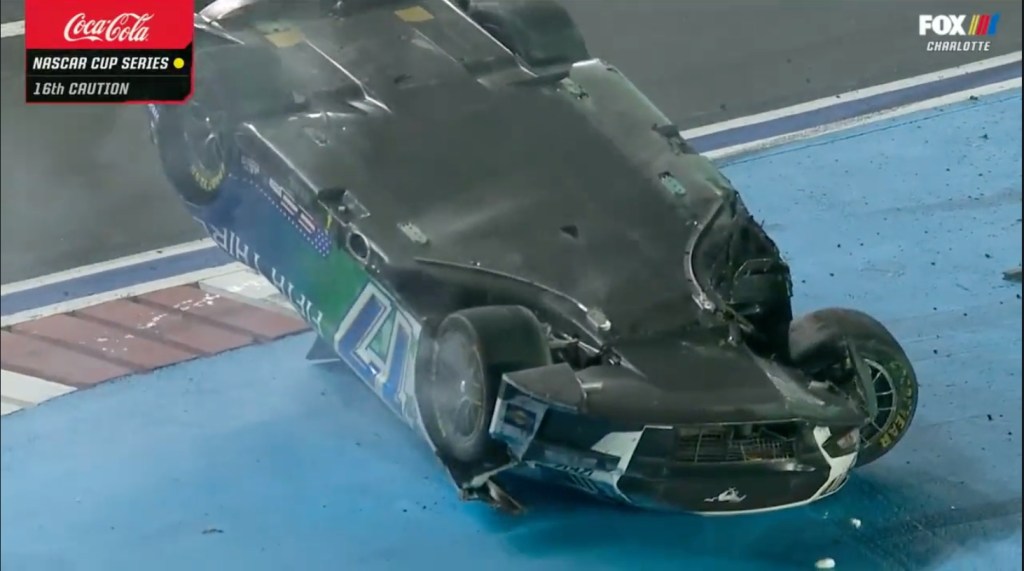 The Coca-Cola 600 is not considered one of NASCAR’s more exciting races, as the longest race of the season is often a war of attrition and track position. However, this year with the new car, that changed fairly dramatically, as Charlotte Motor Speedway gave drivers fits as there were a number of wrecks on Sunday night as NASCAR’s best tried to make their way through 400 laps at the mile-and-a-half track.

Some of those were single car spins, but there were also some “big ones” that are usually reserved for superspeedway racing after restarts when the cars were bunched up in packs. One of those came with 55 laps to go when Daniel Suarez got spun by Chase Briscoe and found himself spinning through the middle of the track with some cars unable to avoid him, including Chris Buescher who slammed into Suarez and got sent into the new turf infield (that is no longer grass).

There, Buescher hit something that popped the front of his car up in the air and caused him to flip over violently multiple times before coming to rest on his roof.

Thankfully, Buescher was able to exit the car under his own power and NASCAR announced shortly after the wreck that he had already been evaluated and released from the care center.

That is a testament to the new car’s safety mechanisms, but there’s certainly some questions to be asked about what led to the car jumping up like that and flipping. The turf was added to keep cars from digging into the ground and getting torn up, which was successful, but they’ll need to take a look at the drains or whatever caused this in the future to avoid a repeat of this scary scene that luckily everyone emerged from unscathed.