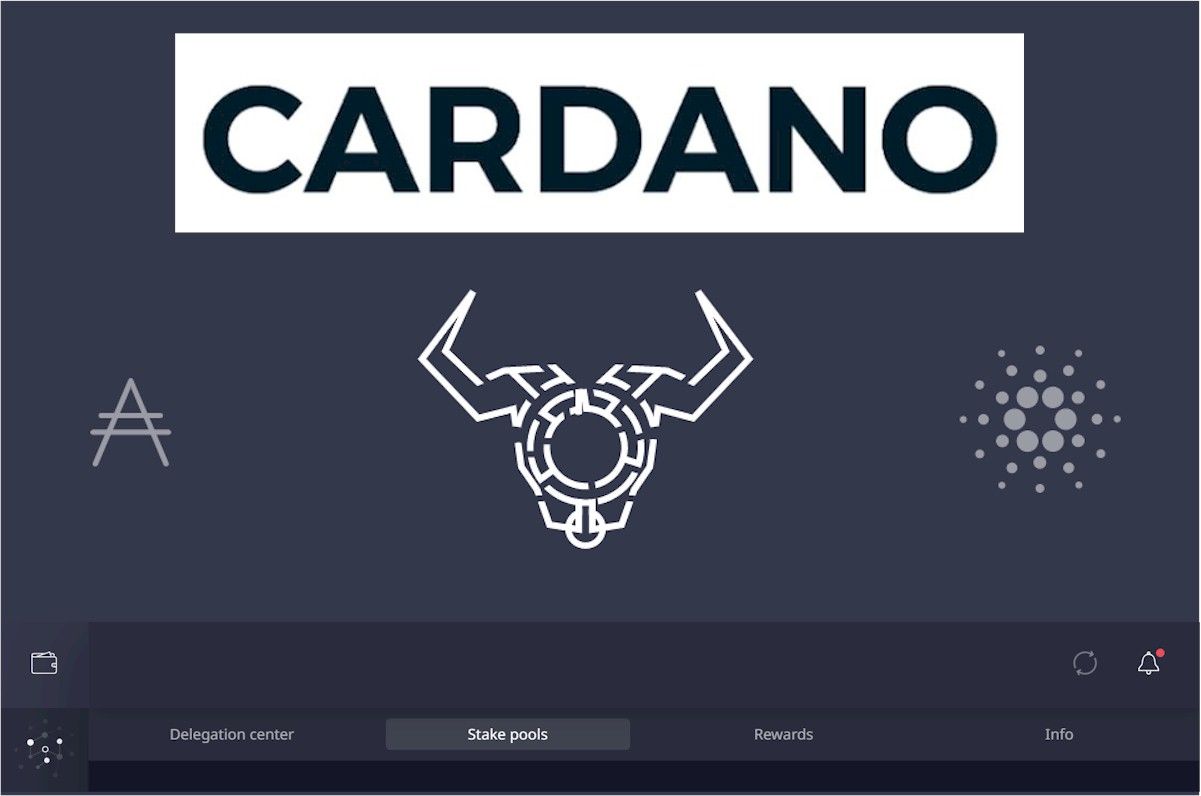 Blockchain and cryptocurrency purist. I’m not in it for money. I’m focused on how it will improve our lives.

What makes one stake pool more profitable than others? The pros and cons of staking with Cardano, and how to know the best Cardano stake pools.

There’s no shortage of blockchain projects. So first, why Cardano?

Because I find it best-represents what blockchains and cryptocurrencies are supposed to stand for. You could say to “decentralize things”, but it’s so much more. Essentially it’s the “decentralization of power”.

You’d know all about why decentralization is best. So I’ll get straight to why I believe Cardano is one of the frontrunners in the crypto-space.

Bitcoin is Too Slow, and its Core Approach was Flawed From the Start.

Bitcoin started it all. So it deserves respect. But as with all technology, it became obsolete in no time. The main thing I believe keeping it afloat is its name.

Its network is sufficiently large enough to be secure. But it processes a pathetic 6-8 transactions per second. And it uses as much electricity as a small nation. It’s a dinosaur. But it was a good start.

With the Bitcoin Lightning network, it could theoretically scale to tens of thousands of transactions per second. But it’s an unproven approach with serious holes. There are better ways.

However, it may not be sufficient if the “Internet Of Things” becomes as big as some expect. I’m talking about electrical appliances like your toaster or fridge being connected to the Internet.

Don’t get me wrong. The “Internet Of Things” will no doubt play a part in the future. But I can’t imagine the majority of people being compelled to link their toaster to the Internet. It just isn’t needed. It’s overboard. And if we as a society go that far, it’ll be a dystopian nightmare. Count me out. It would be against everything cryptocurrency stands for.

Cardano uses the Ouroboros protocol. It’s a Proof of Stake algorithm. If you understand Cardano’s whitepaper, you’ll understand it’s as secure as anything can be.

While nothing is 100% secure, it doesn’t realistically need to be. I mean even with Bitcoin, someone could theoretically guess your seed phrase. So it’s not 100% secure either. When I say “secure”, I mean within reason. Basically for you to lose your funds with a well-designed blockchain algorithm, it would take some rather long odds.

If you half-know your stuff, you’d say Cardano has been slow to develop, and behind the pace.

But if you really know your stuff, you’d say their design-work came before the code. And now that the framework is complete, the coding has steamed forward. If you’ve been keeping an eye on the amount of code they’ve written, you’ll see they’re miles ahead of most projects.

While it has borrowed some concepts from other projects, it has been designed and coded from the ground up.

There’s more. And while no doubt other projects will also last into the future, I believe Cardano will certainly be at the forefront.

Cardano Is Well-Designed to Properly DECENTRALIZE, But It’s Not Without Some Problems

Bitcoin is “decentralized”, right? Yes, but not very well. The reality is the entire Bitcoin network is run by a few different mining pools, as per the chart below:

So an uncomfortable portion of the Bitcoin network is run by the same pools. This means if some of these pools colluded, they could totally fork-up things. I know they probably won’t. Because it would then crash Bitcoin’s price. But we don’t want it to be realistically achievable.

I mean let’s say super-wealthy Wall Street bankers felt threatened by Bitcoin. So they funded the running of mining pools, purely to attack the network with something like a double-spend. Why would they do this? Perhaps to discredit Bitcoin. It’s possible. After all, they’d have trillions at stake in fiat currencies. And they’re in it for the long-game. Anyway, my point is that with proper decentralization, a rigged system should not realistically be possible.

The left chart shows excellent decentralization. But the right image is much more important, because the larger green area shows operators with ONE POOL ONLY. The other groups have multiple pools, so realistically should only count as one pool. Because there isn’t much point to multiple pools if they’re run by the same people.

Cardano is addressing this issue, although in my view not adequately yet. They initially cut the maximum stake for each pool. But this only resulted in larger pools splitting into many. It’s more of a hack than a permanent solution. Still, the decentralization is much better than Bitcoin, and Cardano is still rolling out updates.

Why Stake With Cardano?

Firstly I’ll disclose I own various coins. This includes a truckload of ADA, because I believe in Cardano. Again although there are many promising blockchain projects, I believe Cardano is overall best. They first got my attention because Charles Hoskinson said the “right” things. Whereas representatives of other projects tended to say things that either weren’t accurate, or made it clear they were more interested in profit – rather than how the technology can improve our quality of life.

So their philosophy led me to learn how their technology worked, and their direction. I’m more a “fundamentals investor”, although profit is not my primary aim. I’m more interested in freedom. I believe day-traders are like a cancer for cryptocurrencies. When I invest in crypto, I look at the realistic long-term value of technology. And that’s where I feel Cardano has other companies beaten. Although it shouldn’t be a “competition”. In a perfect world, each crypto company should openly collaborate.

Ultimately Cardano is a group I believe in. There are others too, but I’m allowed to have favorites. I believe in their philosophy, their leadership, and technology. Charles needs to get more sun though. All us tech geeks should. I’m not so sure Colorado is warm and sunny.

Anyway, although there are staking coins with higher returns than Cardano, I believe the longer-term returns of Cardano will be higher – or at the very least more secure. And don’t take this as investment advice. It is just my personal opinion from observation and research.

If the stake pool’s servers aren’t online when they’re scheduled to mint a block, you’ll miss out on rewards. You can see if a stake pool has missed blocks by analyzing their “luck” metric over time. If they’re significantly lower than 100% (like 95% or less), they may be missing blocks. If a pool isn’t missing blocks, then they’ll average 100%. Of course, it is rarely exactly 100%. Some pools have much higher or lower values, especially when still new. But if a stake pool mints every block it’s assigned, eventually it will come back to 100%.

There are two types of fees. First, the “fixed fee” is a pool’s reward for every 5 days. The lowest it can be is 340 ADA. Also, there’s the pool’s “margin”. The lowest possible margin is 0%.

So ideally choose a pool with the lowest possible fees. There are a few pools that offer this, in order to attract delegators. But be careful of them increasing their fees later, without you knowing.

The amount of ADA that can be staked to any pool is limited. When the maximum is reached, the pool is considered “saturated”. From this point, delegators receive lower rewards. This encourages delegators to stake with other pools, to promote decentralization. So avoid stake pools that are overly popular.

If a stake pool goes offline and misses a block, you’ll get lower rewards. But you won’t even know about it for about 2 weeks. Hence the importance of trusting your stake pool operator knows how to maintain servers, and ensure uptime.

Currently, many stake pool operators are big companies making millions. And they have many pools, for many different coins – not just Cardano. My experience with big companies is they lack the service. Consider it from their perspective. If you have lots of stake pools, you won’t be as attentive when something goes wrong. But if you have only one stake pool, you’ll guard it like your baby. So if the servers are down, you’ll even run over old ladies to get to your terminal and fix it asap. Or better yet, you’ll have procedures so you don’t need to run over old ladies. That’s why I prefer SINGLE STAKE POOL OPERATORS. These are operators that have only ONE stake pool.

A stake pool’s pledge is basically the amount of ADA they lock to their stake pool. It’s important because if they pledge a large amount, and make mistakes, then they’ll lose significant funds. I suggest focusing on pools pledging over 1,500,000 ADA.

Put a high pledge together with a single stake pool operator, and you’ve got a stake pool with operators who do everything possible to maximize both yours and their rewards.

Again the overall best stake pool will change. There are only a few pools with over 1.5M pledge. But of them, only CNODE (www.cardanode.io) is both a Single Pool Operator, and with a 0% fee.

Based on the criteria, I suggest these stake pools:

What Difference Does the Margin Fee Make?

Look at it this way: the margin fee is the stake pool’s cut of your rewards.

Again the metrics change from time to time, but at the time of writing, here are each stake pool’s metrics: