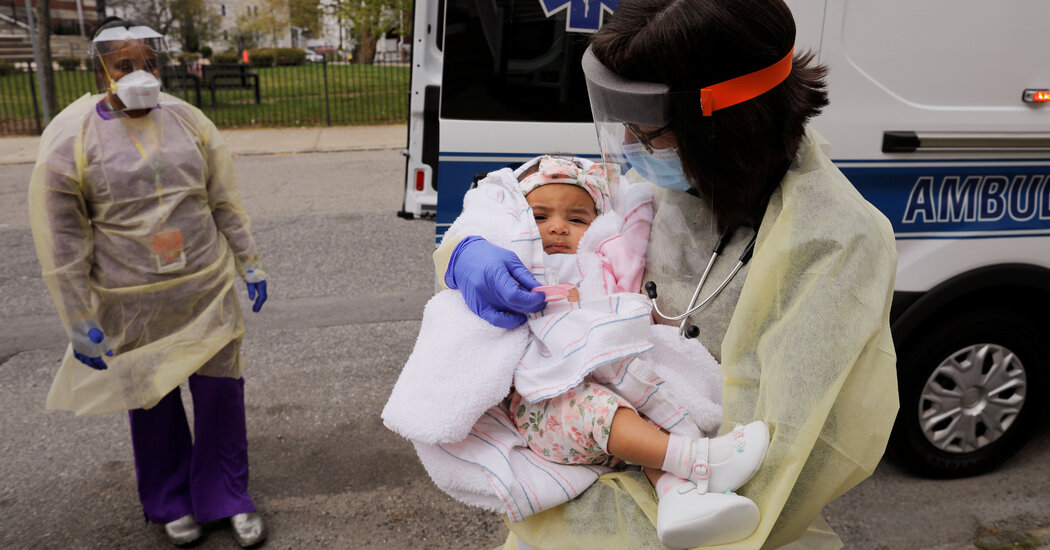 Children in the United States are on pace this year to miss nine million vaccine doses for measles, polio and other highly contagious diseases, according to medical claims data — a disruption that health care authorities called alarming and attributed to the coronavirus pandemic.

The data was made public on Wednesday by the Blue Cross Blue Shield Association, one of the nation’s largest federations of insurance companies, which said that routine childhood vaccinations had declined by as much as 26 percent, compared with 2019.

The findings emerged less than two weeks after the World Health Organization and UNICEF warned that progress vaccinating children from polio and measles was being threatened by the pandemic. In an emergency call to action, the two organizations said that the risk of measles and polio outbreaks was on the rise.

And just last week, the Centers for Disease Control and Prevention and the W.H.O. reported that measles deaths worldwide had soared to their highest level in 23 years in 2019 and were 50 percent higher than just three years earlier.

Dr. Megan Ranney, an emergency physician at Brown University in Rhode Island who specializes in public health research, said that failure to maintain childhood vaccine rates could compromise what is known as herd immunity. The term refers to the point at which a disease stops spreading because nearly everyone in a population has become immune to it.

“We know that once you fall below herd immunity, it offers a foothold for these deadly childhood diseases to once again rear their head in our communities,” Dr. Ranney said in an interview.

Blue Cross Blue Shield said that 40 percent of parents and legal guardians whom it had surveyed said that their children missed their vaccinations because of the pandemic. The majority of missed appointments occurred from March through May, at the beginning of the pandemic, and in August, which is when many children typically get vaccinated be fore school resumes, the association said.

Representatives for Blue Cross, which provides health insurance to about 109 million Americans, said that it was critical to raise awareness about the safeguards that health care professionals have put in place to prevent the coronavirus from spreading.

“The pediatricians’ offices are being careful, not only for the patients, but the staff who work there,” Maureen Sullivan, the chief strategy and innovation officer for the Blue Cross Blue Shield Association, said in an interview. “At this point, it is safe.”

Ms. Sullivan said that the United States was “perilously close” to falling below the herd immunity threshold for polio. According to the Blue Cross data, the vaccine rates for measles and the whooping cough, or pertussis, for 2020 were expected to fall below the thresholds for herd immunity set by public health authorities.

“That is a primary reason we wanted to come out with this data quickly,” Ms. Sullivan said.

Dr. Ranney, who was not associated with the Blue Cross study, noted that there were measles outbreaks last year in California and in a New York suburb, where the spread had been traced to ultra-Orthodox families whose children had not been vaccinated.

“It would be a horrible irony for us to get through this pandemic and lose children to these preventable diseases,” she said.

Dr. Ranney also expressed concerns that the intense national debate over the safety of vaccines that are being developed for the coronavirus could discourage some parents from having their children vaccinated for measles, polio and other infectious diseases.

In a sign that Americans are becoming less hesitant to take a coronavirus vaccine, a Gallup poll released on Tuesday said that 58 percent of the adults surveyed were willing to be vaccinated, up from 50 percent in September. Still, Dr. Ranney worried about perceptions.

“I worry that existing anti-vaccine misinformation is going to be heightened,” she said.