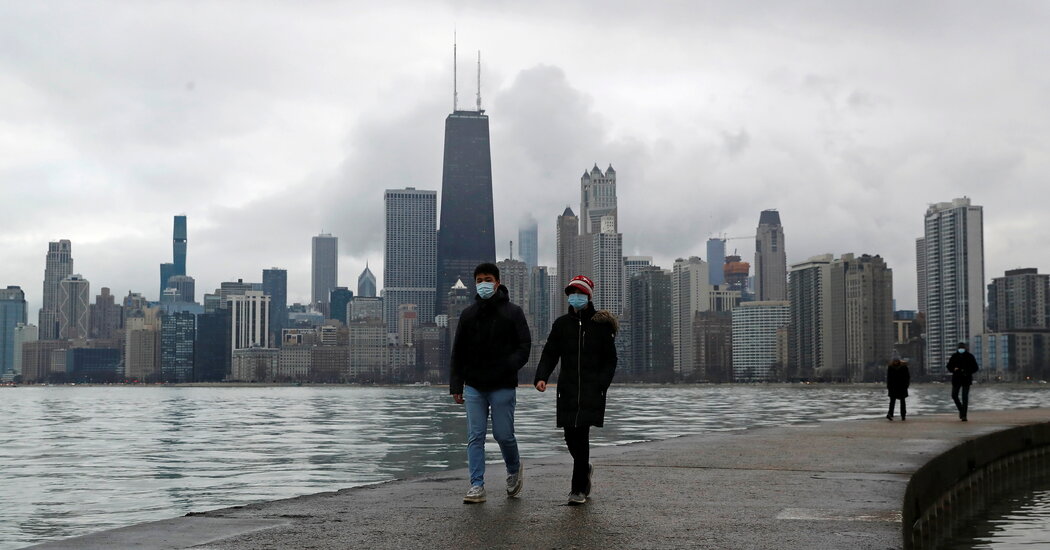 Just a day after President Biden visited Chicago to plead for vaccine mandates, saying they were the only way to defeat the coronavirus, Mayor Lori Lightfoot on Friday said public workers could opt out of the city’s mandate until the end of the year by getting regularly tested.

The mayor announced the mandate for Chicago workers in August. But the proposal was met with immediate pushback from employees and labor groups, including the Fraternal Order of Police and the Chicago Federation of Labor.

Now, workers who are not fully vaccinated by Oct. 15, including those who have sought medical or religious exemptions, must get tested twice a week, separated by three to four days, at their own time and expense, the mayor’s office said.

Employees who fail to report their vaccination status by the Oct. 15 deadline will be placed on unpaid leave.

The test-out option will remain in place until Dec. 31, after which employees must be fully vaccinated unless they have received a medical or religious exemption. It was unclear what the consequences will be for those who refuse to comply.

Cities and states around the country have introduced vaccine mandates for their workers, and some have been met with legal challenges.

After being delayed by the courts, a vaccine mandate for educators and staff in New York City public schools was cleared to proceed after a ruling by a federal appeals panel last week. Though it faced opposition, the mandate pushed tens of thousands of Department of Education employees to get their shots.

Municipal workers in Seattle and in Los Angeles are required to be fully inoculated against the virus by next week, though unlike Chicago’s policy, there is no test-out option. Both mandates allow for religious or medical accommodations.

Chicago had been negotiating with labor unions since the August announcement.