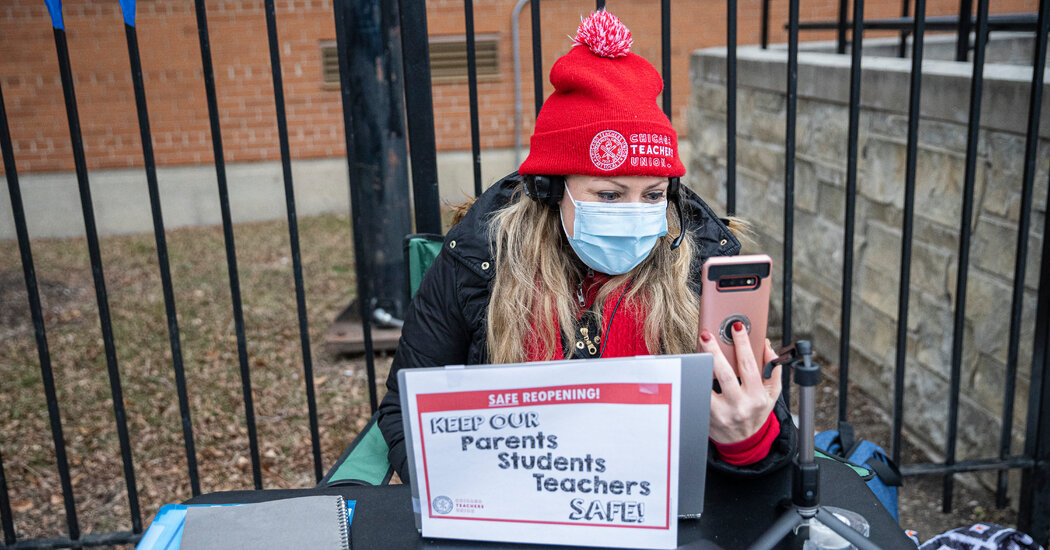 The Chicago Teachers Union has reached a tentative agreement with Mayor Lori Lightfoot to reopen the city’s schools for in-person classes, according to a person with knowledge of the situation.

If it is finalized, the agreement would avert a strike that had threatened to disrupt instruction for students in the nation’s third largest district.

The deal must still be approved by the union’s members. The union is expected to meet with its rank and file Sunday afternoon, according to the person, who spoke on the condition of anonymity because the union did not want the agreement made public before members had a chance to see it.

The Chicago Tribune reported on the existence of the agreement Sunday morning. Shortly afterward, the union posted on Twitter: “We do not yet have an agreement with Chicago Public Schools. The mayor and her team made an offer to our members late last night, which merits further review. We will continue with our democratic process of rank-and-file review throughout the day before any agreement is reached.”

Mayor Lightfoot and the union have been locked in one of the most intense battles over reopening anywhere in the country. The mayor has argued that the city’s most vulnerable students needed the opportunity to return to school in person, while the union condemned the city’s reopening plan as unsafe.

A similar fight is underway in Philadelphia, where prekindergarten through second grade teachers are supposed to report to school buildings on Monday to prepare for students to return on Feb. 22. The teachers’ union there has told its members to continue working remotely, saying that it was not yet safe to return to school buildings.