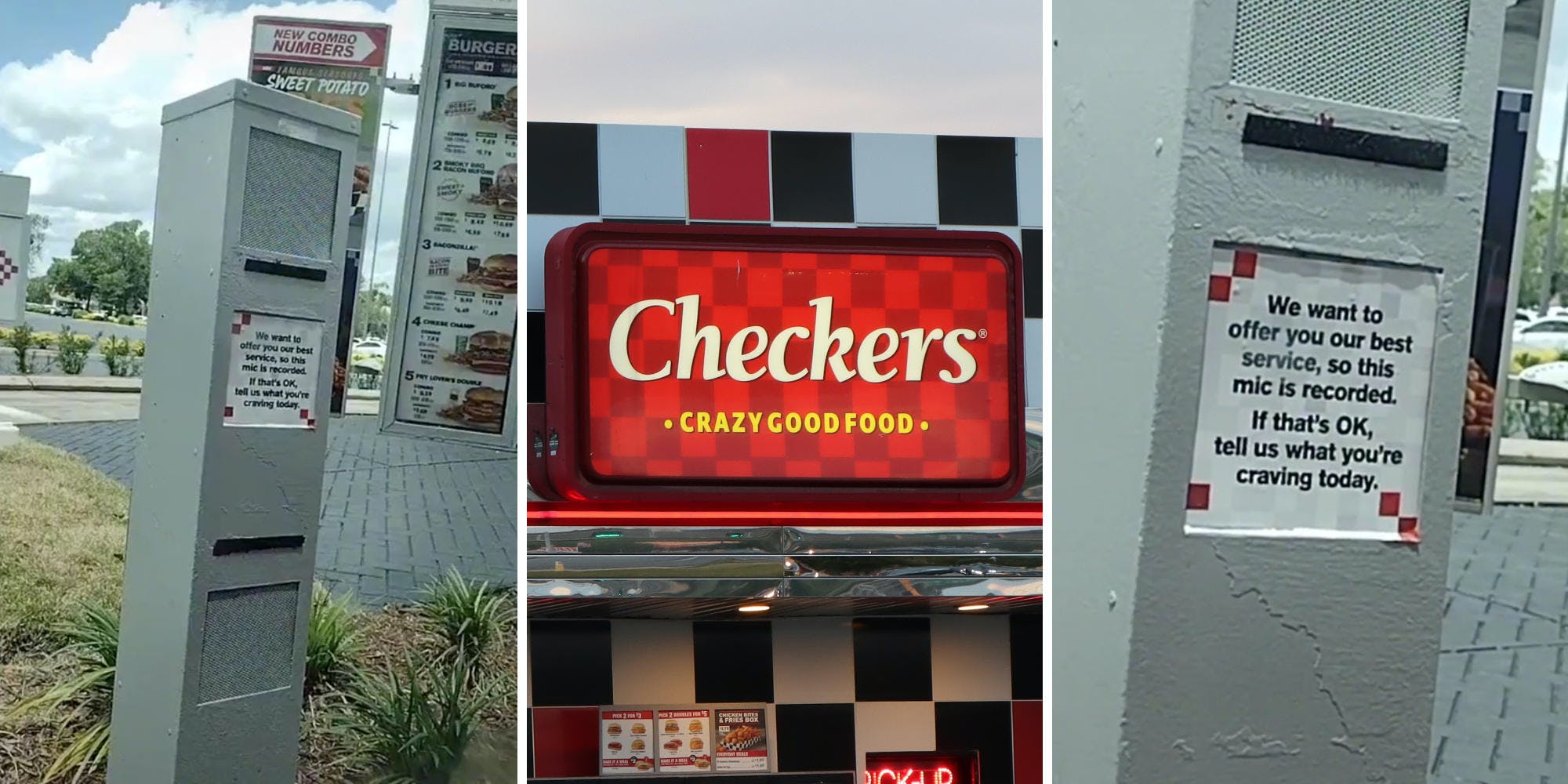 Checkers has big plans to automate its drive-thrus in 2022, and part of that rollout apparently means recording while you order a cheeseburger.

In a short TikTok clip, a creator records their experience at a drive-thru for the fast-food restaurant. The automated voice can be heard saying, “OK… Would you like to add a drink?” The sign under the speaker reads, “We want to offer you the best service, so this mic is recorded. If that’s OK, let us know what you’re craving today.”

The caption under the video says, “I hate this so much.”

“Oh boy, now Big Brother will know if I like to drink liquids while eating my burger,” one person commented. Someone else wrote that they are actually a fan of this method, “I don’t mind this. that way no one can go ‘no this is what I ordered,’ when that’s exactly what they ordered and they could play the recording back.”

As previously noted by the Daily Dot in February, Checkers plans to roll out this automated voice-ordering tech to about 250 locations this year. It’s unclear where this order took place. McDonald’s, Domino’s, KFC, and Chick-fil-A have likewise experimented with this tech in recent years. In recent press about Checkers’ plans for automation, recording customers for presumably improving and ultimately offering “the best service” is not touted by its executives.

The Daily Dot reached out to the creator via TikTok comment and Checkers via the contact form on their page.

Moises Mendez II is a recent graduate from the Craig Newmark Graduate School of Journalism at CUNY. He is a freelance journalist based in New York City writing about everything from music to LGBTQ issues.