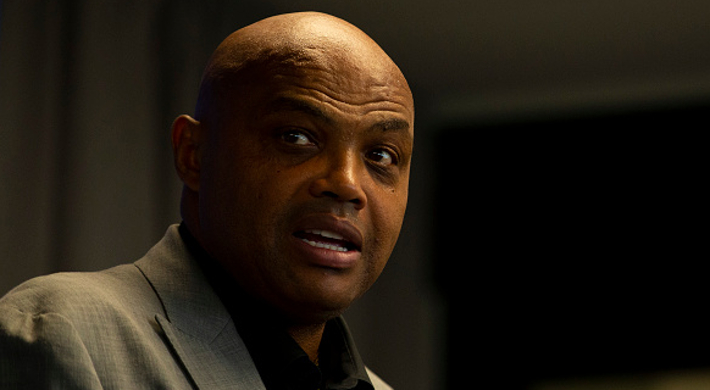 It depends on who you ask whether Kyrie Irving is some misunderstood genius, or just someone who’s drank a little too much of his own Kool-Aid. One thing’s for certain: he’s a basketball savant, and because of that brilliant play, he’s afforded a platform on which to spout his various ideas about any number of topics.

Regardless of how you feel about him, Kyrie knows how to get people’s blood boiling, and he’s been doing quite a bit of that lately, most notably with his refusal to speak to media members and referring to them as “pawns.” He’s since broken that silence with the media and attempted to clarify his comments, but not before earning the ire of many around the sports world.

One such figure who’s apparently heard enough, and who never tires of voicing his own opinion, is Charles Barkley. Barkley sounded off on Kyrie this week amid his media squabbles, reminding the Nets point guard that speaking to the media is part of the job and moreover, that he should exercise some perspective about things.

“…when he talks I’m like ‘what the hell is he trying…what is he saying and what is he trying to say?’ He starts talking about what an artist is. He’s a basketball player. That’s what he is. Listen, we’re not… we’re not frontline responders. We’re not teachers. Yo man, you dribble a basketball, stop acting like you’re the smartest person in the world.

“Now can you talk about social issues and things like that? Of course. But some of this other stuff I’m like ‘yo man, you do realize you’re just a basketball player, right?’ And it seems like he’s like ‘no I want you guys to realize I’m the smartest guy in the room.’ Well first of all, you’re not. You only went to college for six months. A lot of guys are smarter than you are. Just answer stupid basketball questions. And if you want to say something about social justice, say it and mean it, because it’s important and significant. But all that other stuff? Like, yo man, shut the hell up and talk basketball.”

To be fair to Kyrie, he’s been vocal and involved in many social causes and deserves to be commended for that. But Chuck is frustrated about his perceived need to come off as an innovative thinker, an endeavor that often falls flat and accomplishes the opposite of what he intended.

Still, it’s not really for Chuck or any of the rest of us to be the arbiters of what Kyrie can and cannot say. As a mega star, Kyrie is in a position where he has a platform, of which he makes frequent use, for better or for worse. Yes, getting him to interact with the media is a part of his job, but legislating what he should say isn’t part of ours.