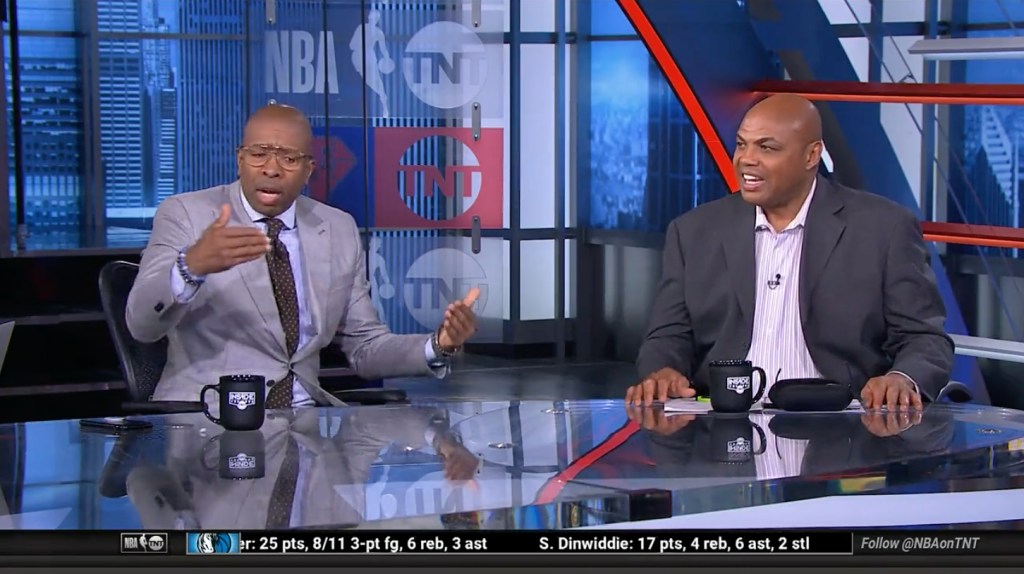 The talk of the NBA world on Tuesday was the Brooklyn Nets getting swept by the Boston Celtics, with Jayson Tatum once again leading the way in Monday’s Game 4 win on the road at Barclays Center.

While Boston awaits the winner of the Bucks-Bulls series, with Milwaukee currently up 3-1, the focus immediately after the series ended was on Brooklyn’s failure given the championship expectations both coming into the season and into the playoffs. Kevin Durant and Kyrie Irving shouldered the load of that, but Durant in particular found himself being the most discussed in terms of falling short of expectations this postseason.

Durant struggled in the first three games before a 39-point effort in Game 4 that still wasn’t enough, and Charles Barkley made waves earlier in the series when he pointed out that Durant is seeing how different life is when you’re driving the bus and not a bus rider on a championship squad. On Tuesday, Durant responded by posting pictures of Barkley being a bus rider on the Sixers and Rockets as he chased a title late in his career, and unsurprisingly that is where Inside the NBA started on Tuesday night’s broadcast.

Barkley joked he could’ve posted pictures of Durant with James Harden and Russell Westbrook in OKC, but noted that he felt his point had been taken too far and that all he was trying to point out is that life is harder when you don’t have the infrastructure around you like there was in Golden State and that Durant struggling in that environment was notable. From there, Kenny Smith chimed in and it devolved into Chuck mostly yelling at Kenny, once again telling him he wasn’t part of this conversation and then getting mad when Smith, who was actually trying to defend Barkley, said he views him as a champion anyways.

Eventually, poor Ernie had to step in and move everyone on to the actual games happening that night, but it seems Chuck isn’t backing down off his point but does want to be clear that he’s not knocking KD’s greatness.