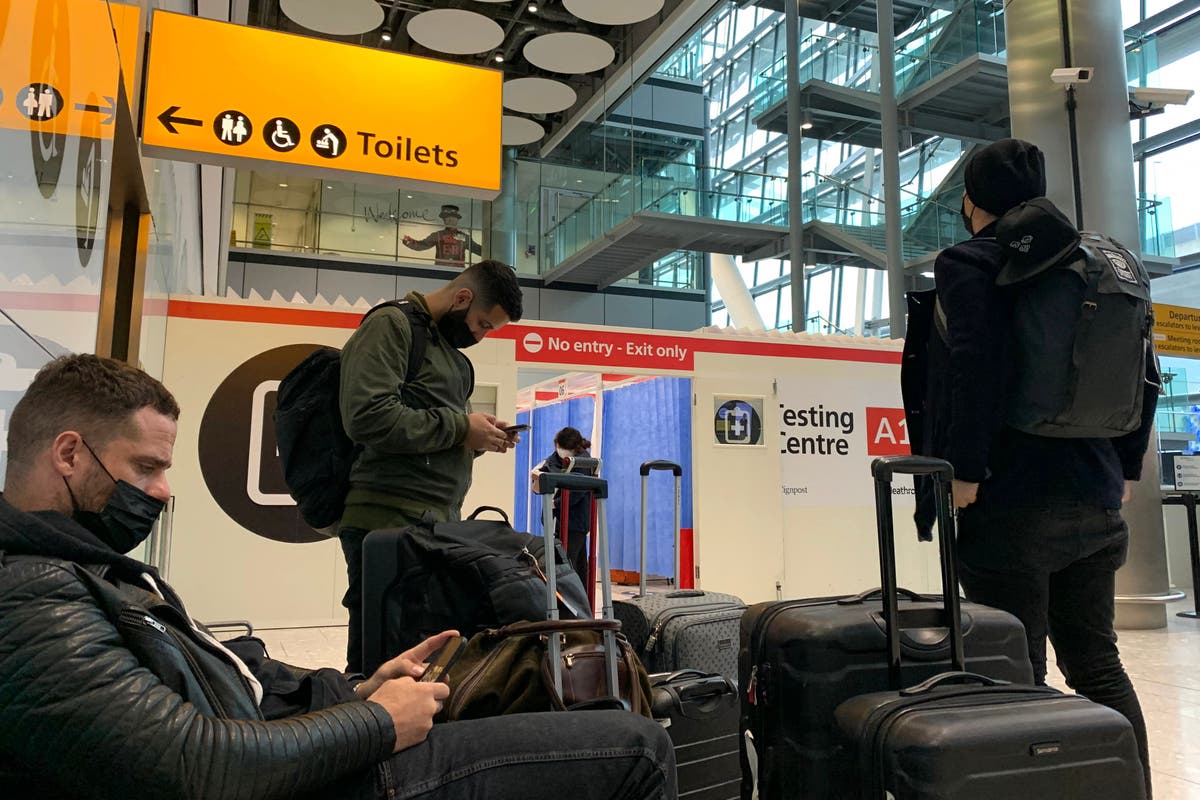 Like a number of people, I was stuck overseas last weekend when new government regulations were introduced about extra PCR tests for travellers. Thousands of people were affected; some lost their transport connections, had plans ruined and had to scrabble around for expensive last-minute Covid tests.

With concerns over the omicron variant, PCR tests are a good idea. But now multiple tests are required for British citizens who go overseas, totalling around £200 per passenger to France or Spain, for instance, where a pre-travel PCR is also required. Yet again, the travel industry is penalised when other industries continue with business as usual.

PCR testing should be free for all British citizens. Deciding who has to pay for a test based on what they’ve done the previous week is like lining people up at the doctors and the receptionist saying: “Hands up – who had a cigarette last week? Right, you go over there and pay for treatment”, and, “How did you break your leg? Ahhh playing rugby, OK that’s a personal choice – go over there and pay for treatment”.

Picking and choosing what people pay for, based on whether they’ve visited their dying grandmother overseas or have a job that requires them to travel, should not be how our health system works. And it shouldn’t matter if you’re going on a three-day holiday to Marbella, either.

If PCR tests are mandated for travellers and for the safety of our country, they should be free. Instead, as consumer publication Which? recently reported, travellers are being “exposed to extortionate prices” and misleading fees that are “far higher than they appear” on the government’s website and on private sites.

Before I booked my day two test, I looked for the cheapest options available – prices varied wildly from £19.50 to more than £100. I soon realised none were available at the cheaper price point.

I could, however, travel to a testing facility on the other side of London to get a test for £33 or I could pay more, do the responsible thing, and wait for a delivery test while in quarantine, and spend longer waiting for results as my kit is delivered to a lab in an unknown destination. I settled for the latter option at £69, with no indication as to when I would be out of quarantine. It’s common, reports Which?, for some people to be slapped with an additional postage charge too.

In August, the health secretary called for a review into “excessive” pricing and “exploitative practices” among test providers, and yet here we are again with another test mandate for travellers, and the seemingly unregulated Wild West of private PCR testing providers. This is before we even investigate who is profiting from these tests.

With 43,162 new coronavirus cases in my borough of Waltham Forest in the last 28 days compared with 2,282 active cases on the island of Gran Canaria, I’ve got more chance of catching and spreading Covid by getting on a local bus or going to a nearby pub – but there’s no special private PCR test for that.

Taxing travellers with PCR tests affects an industry that provides millions of jobs and economic security, but it’s hard-working international families who will be hit the hardest – those who are missing loved ones and separated by borders this Christmas.

Charging travellers for PCR tests is wrong – it goes against everything a free healthcare system stands for.