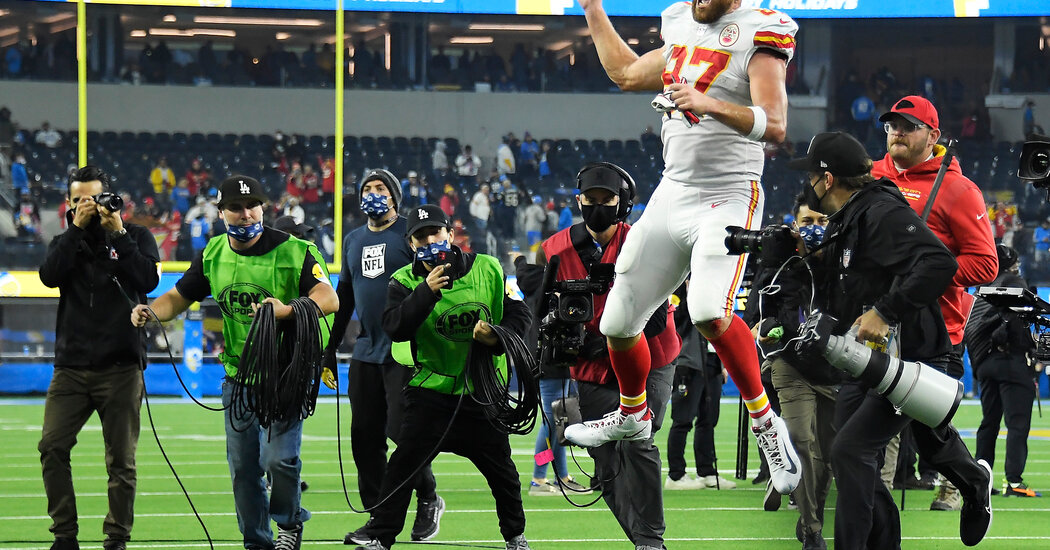 “No disrespect, but that’s just their game plan,” said Hitchens, who also caught an interception. “They don’t want to kick field goals, they want to go for it, then we have to make them pay.”

The Kansas City offense, compared to the standards it set by winning the A.F.C. in back-to-back seasons, had also underwhelmed. Once an intimidating juggernaut, the unit this year seemed mortal. Following the blueprint Tampa Bay deployed in the Super Bowl, teams have used two-high safeties to combat Kansas City’s downfield strikes, forcing them to be disciplined in their approach through running and shorter passes.

Through Week 12, opposing teams used two-safety lineups on 72 percent of Kansas City’s offensive snaps, according to NextGen Stats. That is by far the highest rate in the league — teams against Buffalo used that grouping only 57 percent of the time. The Chargers used variations of that strategy in the first half, limited Mahomes to 112 yards, and Los Angeles led, 14-10.

Things changed in the third quarter, though, when the Chargers’ versatile safety Derwin James aggravated a hamstring injury and did not re-enter the game. An offensive teammate, tight end Donald Parham, also sustained a gruesome injury after dropping a fourth-down pass in the end zone in the first quarter. As he landed, his head hit the ground and his body stiffened. Officials paused the game for about 15 minutes while they put him on a stretcher, and he underwent tests at a hospital. Officials said he was in stable condition.

“Any time that you see that live and you’re close to it, it impacts you,” Staley said of continuing to coach while managing his emotions after the injury. “At the same time, we’re trying to play for him the rest of the way. That’s what our guys did tonight, they laid it on the line and played a whale of a game for him. I hope that he’s proud of that.”

Two plays in particular doomed Los Angeles — a 32-yard scramble by Mahomes in the fourth quarter and a 69-yard catch-and-run by Kelce in the fourth. Those moments directly led to touchdowns, the fourth-quarter scramble setting up a 7-yard touchdown toss to Kelce to tie the score at 28-28. Kelce finished with 191 yards and two touchdowns, a rebound after not scoring a touchdown in his previous four games.

Mahomes, who threw for 410 yards, connected on a 40-yard pass to Hill in the third quarter, but misfired on a potential touchdown to Mecole Hardman. But he later found Hill, who finished with 148 receiving yards, on a 1-yard touchdown.