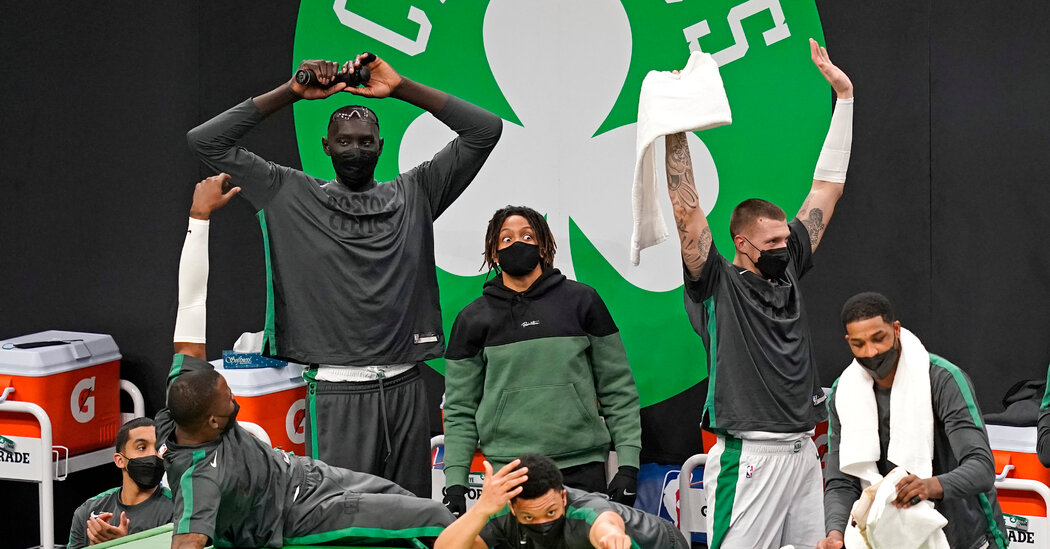 Consider, too, the Wizards, who are suddenly one of the most dangerous 13-20 teams around. Led by Bradley Beal, an All-Star starter and the league’s leading scorer, they had won seven of their last eight games before losing to the Celtics, having found a bit of rhythm after a nearly two-week pause in their season that was caused by a coronavirus outbreak. Nothing about this season is ordinary, and no team is immune from its challenges.

“It’s good to get a win on a day that ends in a ‘Y’ right now,” Stevens said after the Celtics’ win over the Indiana Pacers on Friday night, which ended a three-game losing streak. “That’s all I can say.”

Against the Wizards on Sunday, the Celtics engineered some late-game magic after trailing by as many as 5 in the final minute. Tatum made three straight layups, and Beal’s 19-footer at the buzzer was off target after Tatum had helped double-team him in the corner.

In a way, Stevens said, the comeback felt to him like some good karma after “the lucky stuff” that had befallen his team in Dallas week, when the Mavericks’ Luka Doncic made two 3-pointers

Advertisement
in the final 15.8 seconds to lift his team to a 110-107 win — an especially traumatic result for the Celtics after they had erased a 12-point deficit late in the fourth quarter.

On Tuesday, optimism came in the form of more evidence of Walker’s improving play. He finished with 25 points and 6 assists. And the ball moved: Six players scored at least 13 points.

“We’ve been playing tough, not letting little things affect us throughout the course of the game,” Walker said. “We’ve been encouraging each other, picking each other up.”

As far as these things go, perhaps the win came with an asterisk since the Clippers were without Kawhi Leonard, who left the court during warm-ups after experiencing back spasms. But every game this season seems to come with some sort of asterisk: someone injured, someone limited, someone absent because of contact tracing. The oddities are endless. Stevens said he was just glad that his players had a chance to sleep in their own beds this week, a sunbeam of normalcy.