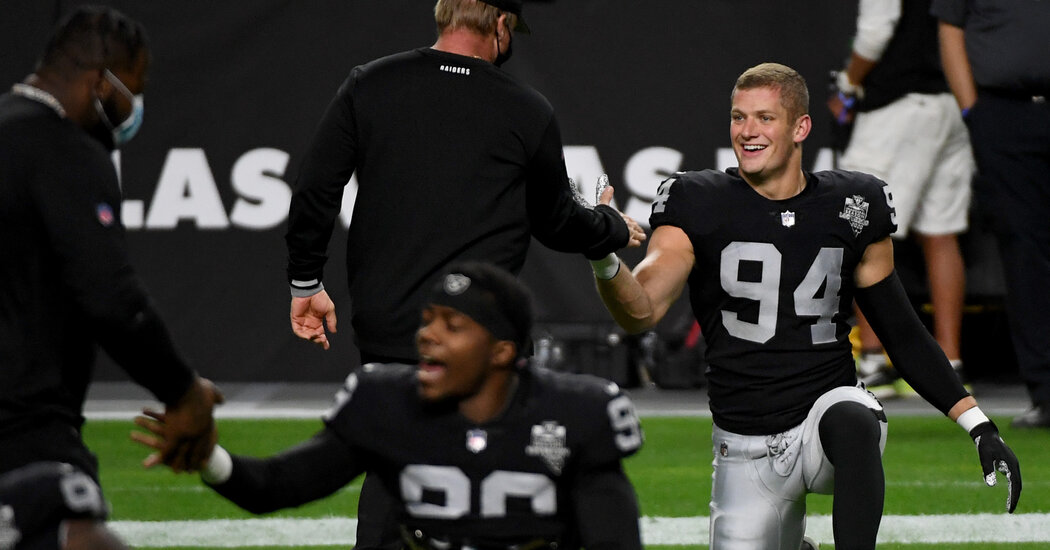 Nassib recounted the interaction to The Philadelphia Inquirer two months later, placing it in the context of his career. He had no regrets about football, he said, but he sometimes wondered “if it was worth it or not.”

There “would be those really awesome moments when I thought, ‘All right, I’m doing the right thing,’” he told the newspaper. “But even now, sometimes I’ll wonder: ‘Am I really doing the right thing?’ Success or stats, whatever, that doesn’t really make me feel like I’m on the right path.”

But there were also moments like the lunch encounter, he told The Inquirer, that “made me realize that this comes with a lot of opportunity to impact people. That’s what made me feel like, ‘Yeah, I’m on the right path.’”

In December 2015, Nassib traveled with his mother to receive the Lombardi Award in Houston. As he held the trophy, he told The Houston Chronicle: “I’m just a walk-on. What am I doing here? I feel like I just stole this thing.”

While in Houston, Nassib and his mother visited a children’s hospital. The visit inspired Fischer-Nassib and two other women to start a nonprofit in 2018: Sow Good Now, which engages athletes in philanthropy, community service and social awareness.

“When Carl stepped into a room, all of the parents jumped up, the kids were so happy,” Fischer-Nassib said in an interview last year with The American College of Financial Services. “It made me realize that no matter the message, people respond to athletes. They give their time and treasures — that’s philanthropy.”

In the 2016 N.F.L. draft, Nassib was chosen in the third round by the Cleveland Browns. He spent two seasons there, then two in Tampa Bay before signing a three-year, $25 million contract with Las Vegas in March 2020. Until Monday, though, his most widespread visibility had come during Cleveland’s 2018 training camp, which was documented by the HBO series “Hard Knocks.”