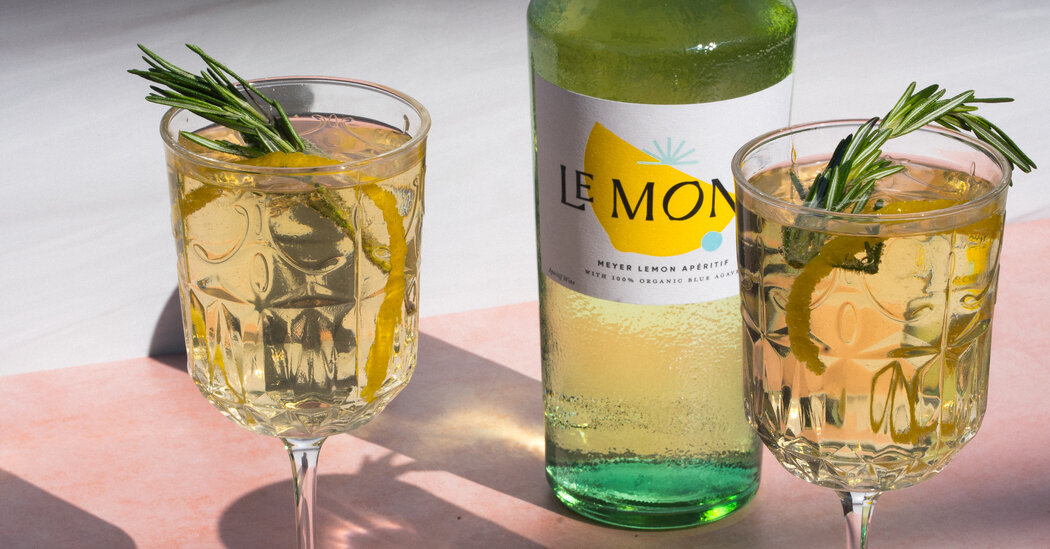 New York’s Finger Lakes may freeze in winter, but the region can also provide the allure of sunny Capri. Le Moné, a new Meyer lemon drink made in Hammondsport, N.Y., has enough bright, citric flavor to cancel winter. It is called an aperitif wine because its base alcohol is wine, from the Finger Lakes region in western New York. Eric Bachli, a former brewmaster at Sixpoint Brewery in Brooklyn, collaborated with Max Nevins, also of Sixpoint Brewery, and Marissa Reiser, a sommelier, to create the aperitif. California brandy adds a kick to the 32 proof drink. Restrained sweetening is provided by organic blue agave syrup from Mexico, and Meyer lemons, mostly from a distillate using the peels, create the lightly bitter citric profile. It’s mellow yet refreshing on the rocks or in a spritz; it finds its calling added to dry gin, martini-style with a twist. It’s now shipped to a handful of states, a list that will expand in coming months.