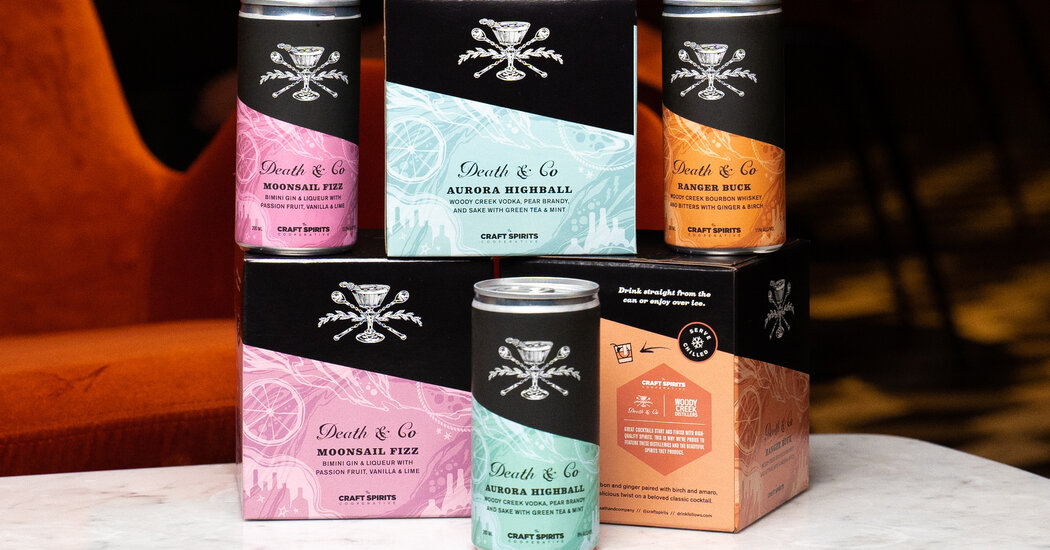 Death & Co., one of the most recognizable names in cocktails, with bars in New York, Denver and Los Angeles, and a series of books, including the just-released “Death & Co. Welcome Home,” is getting into the fast-growing ready-to-drink cocktail game. In collaboration with Crafts Spirits Cooperative, the company has released three canned cocktails: the tart Moonsail Fizz, a gin drink with notes of vanilla and passion fruit; the light-bodied Aurora Highball, which pairs vodka with pear brandy and sake; and the aromatic bourbon, ginger and birch blend Ranger Buck. All three are based on original cocktails created at Death & Co. and are available at liquor and wine shops in California, New York, Maine and Georgia, with more states to follow.