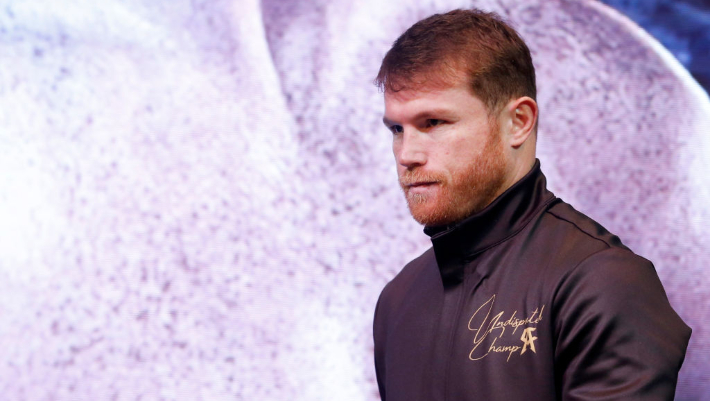 The Rocky Cinematic Universe has generally done a pretty good job getting people from the world of boxing involved in some form or fashion. Since the focus of the series shifted away from Rocky Balboa and towards Adonis Creed, fighters like Tony Bellew and Andre Ward have been given roles as antagonists, while there were rumblings in the early days of planning Creed III that Deontay Wilder could have a role as Clubber Lang’s son.

That last thing won’t end up happening — Jonathan Majors is apparently going to serve as Creed’s main opponent this time around — but that doesn’t mean a big name boxer isn’t going to appear in some capacity. Michael B. Jordan, who is going to direct the film in addition to his role as the series’ protagonist, posted a picture to his Instagram account of himself looking over a clip with super middleweight champion Canelo Álvarez.

The post comes on the brink of a major weekend for Álvarez, who lost his last bout back in May — Álvarez moved up to light heavyweight to fight Dmitry Bivol, who won via unanimous decision to give Álvarez the second loss of his decorated career. Instead of a rematch, Álvarez will step into the ring on Saturday night for his third fight against Gennady Golovkin. Their first fight, which occurred back in 2017, ended in a controversial split draw, while Álvarez won their 2018 rematch via majority decision.