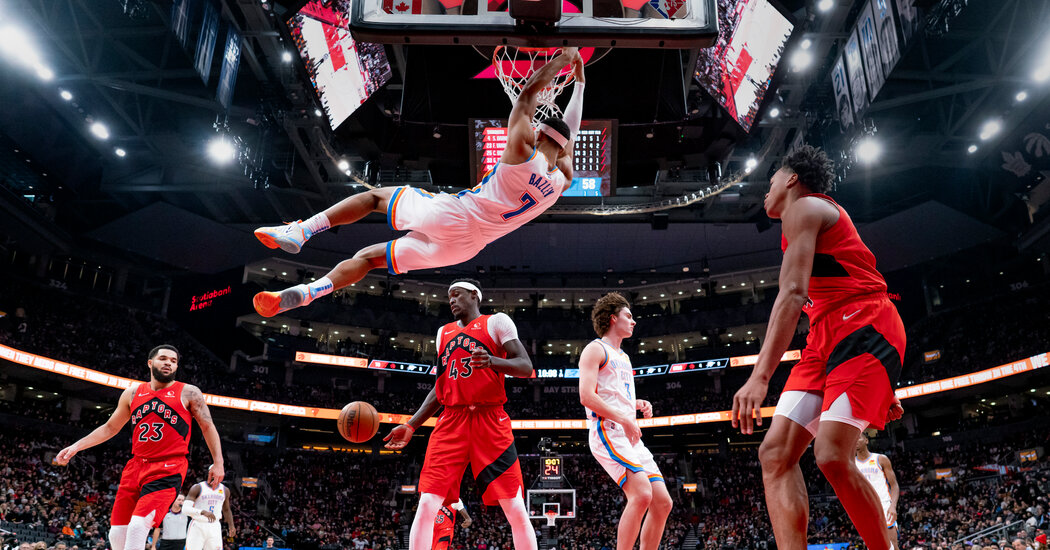 The Indiana Pacers and Toronto Raptors basketball teams abruptly canceled their practices Thursday, citing the N.B.A.’s Covid-19 health and safety protocols and “an abundance of caution.”

It wasn’t immediately clear exactly what precipitated the cancellations. Players can be subject to the protocols either by testing positive for the coronavirus or by being exposed to someone who has.

The Raptors and Pacers played in separate games Wednesday, but on that day’s injury report, only the Pacers listed a player — guard Justin Holiday — in the protocols. Neither team had a game Thursday, and they were not required to submit new injury reports until 5 p.m. Eastern time. Just after noon, a spokeswoman for the Raptors told The New York Times that no one on the team was in the Covid protocols.

The Pacers are scheduled to host the Dallas Mavericks on Friday, while the Raptors are set to host the Knicks.

In recent weeks, the N.B.A. has seen a rise in the numbers of players placed in the protocols. The league instituted mandatory testing on Nov. 28, 29 and 30, following the Thanksgiving holiday, regardless of players’ vaccination status. Before that, vaccinated players were not required to be tested frequently.

The Los Angeles Lakers’ LeBron James was in the protocols briefly last week and missed a game after a positive test result; he was allowed to return to action after several follow-up tests were negative, indicating that the first one was a false positive.

The Chicago Bulls have four players in protocols, including one of their stars, DeMar DeRozan. The Charlotte Hornets listed five this week, including their top player, LaMelo Ball, who won the Rookie of the Year Award last season.