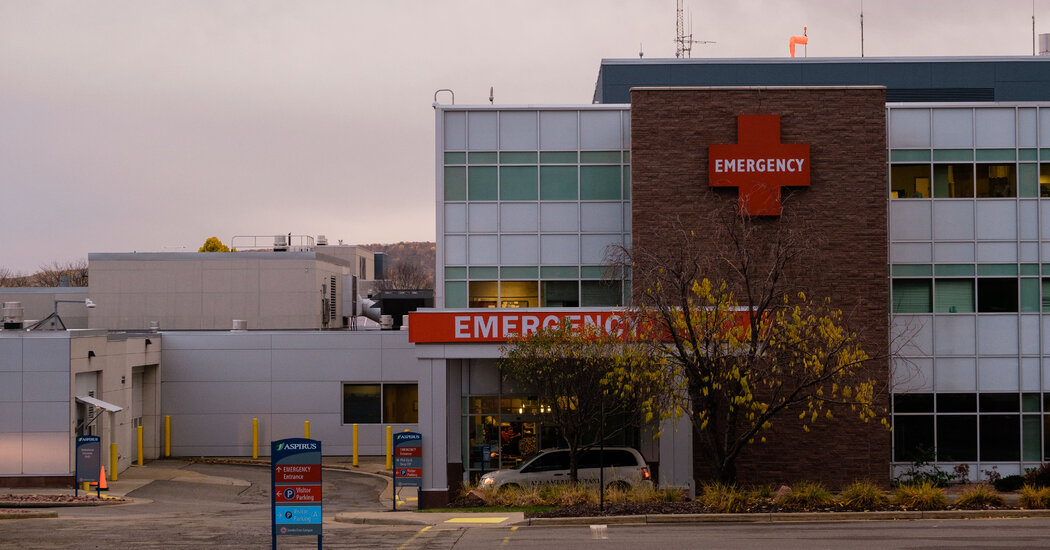 Emergency room visits following suspected suicide attempts by teenage girls spiked in the first months of 2021, compared with rates in 2019, the Centers for Disease Control and Prevention reported on Friday.

The new study, which relied on data from the National Syndromic Surveillance Program, showed that visits to emergency rooms for suspected suicide attempts rose about 51 percent on average for girls aged 12 to 17 in the four weeks ending March 20, compared with the same period in 2019. The rate began rising in summer of 2020, the researchers said.

The numbers of suspected suicide attempts among boys the same age and adults of both genders aged 18 to 25 remained relatively stable, compared with the corresponding period in 2019, the study found.

“The findings from this study suggest more severe distress among young females than has been identified in previous reports during the pandemic, reinforcing the need for increased attention to, and prevention for, this population,” the C.D.C. said.

The report comes on the heels of other recent research that suggested higher rates of mental health problems among teenagers, including self-harm, suicide attempts and suicidal ideation, which some experts worry could be related to stressors from the pandemic.

But Ellen Yard, an epidemiologist and the study’s lead author, wrote in an email that “the analysis in this report was not designed to assess whether this increase was caused by Covid-19.”

“However, some researchers have suggested that the Covid-19 pandemic could increase suicide risk,” Dr. Yard continued. “Youth may have been especially impacted by mitigation measures such as social distancing (including a lack of connectedness to schools, teachers, and peers), barriers to mental health treatment, and family health and economic problems.”

The researchers also said that the jump in hospital visits for adolescent girls did not necessarily mean there had been more suicides. Referring to emergency department visits, the report said, “Importantly, although this report found increases in ED visits for suspected suicide attempts among adolescent females during 2020 and early 2021, this does not mean that suicide deaths have increased.”

According to provisional data from the C.D.C.’s National Vital Statistics System, suicides actually declined overall in the United States in 2020, to 44,834 deaths from 47,511 in 2019, though preliminary studies based on local data showed a rise in suicides among Black Americans and other people of color, compared with previous years.

John Ackerman, the suicide prevention coordinator at the Center for Suicide Prevention and Research at Nationwide Children’s Hospital in Columbus, Ohio, said that the report matched his experience since the start of the pandemic.

Dr. Ackerman, who was not involved in the study, said that he had seen low rates of emergency room visits from teenagers for mental health issues early in the pandemic, perhaps because people were concerned about exposure to the virus, but that those numbers increased as the months wore on.

He said that the pandemic was an added source of anxiety for people in groups that are often at higher risk of suicidal thoughts, like people of color and L.G.B.T.Q. youth.

But there are many factors at play, Dr. Ackerman added, and the pandemic was just one among many stressors in what he called “a tumultuous year.”

“A lot of people have felt isolated, or invalidated, or feeling hopeless for many reasons, and all of those are risk factors for suicide,” he said.

If you are having thoughts of suicide, call the National Suicide Prevention Lifeline at 1-800-273-8255 (TALK). You can find a list of additional resources at SpeakingOfSuicide.com/resources.