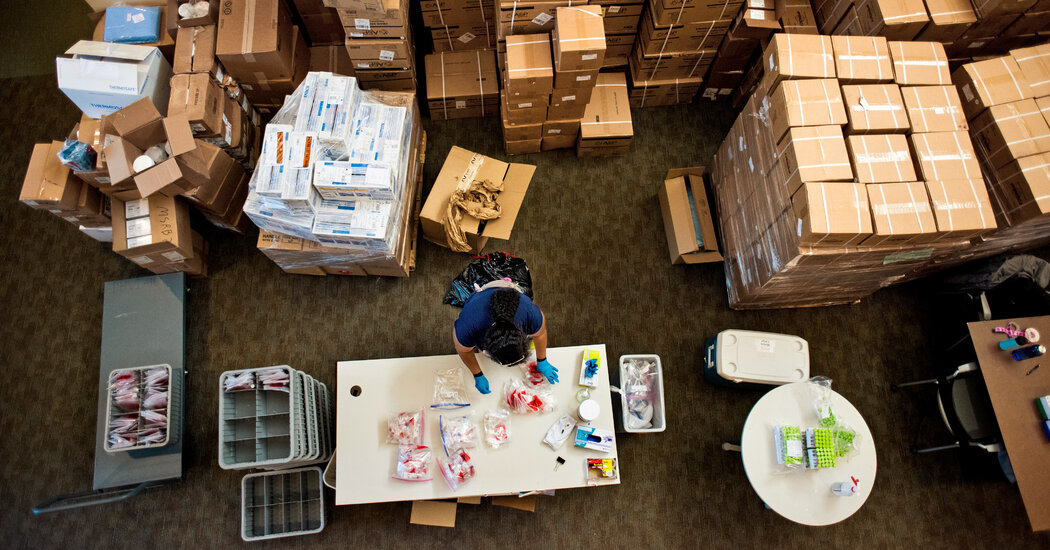 “The surprising thing is just how robust that finding is in the face of some pretty plausible variations,” said A. David Paltiel, a professor of health policy and management at Yale School of Public Health, who was not involved in the study.

The latest on how the pandemic is reshaping education.

Still, he noted, there were plenty of scenarios that the model didn’t test, and the paper still needs to undergo a thorough peer review.

Its predictions should also be tested in the real world, Dr. O’Connor said: “It needs to be explored and tested head-to-head with other allocation methods.”

But if the findings hold up, it would suggest that schools and other institutions that are trying to reopen safely should think beyond their own walls when they develop testing programs. “Even if your goal is only to protect the students in your care, you will still be doing the maximum to protect those students by taking care of the people in the surrounding community,” Dr. Paltiel said. “That’s a pretty strong argument.”

Some universities are beginning to adopt this outlook. C.M.U. now offers free tests to all of its students’ self-reported contacts, whether or not they are affiliated with the university, and runs a testing site that is open to local residents, said Amy Bronson, a co-chair of the university’s Covid-19 task force and an author of the paper.

And in November, the University of California, Davis, began offering free coronavirus tests to anyone who lives or works in the city. The Healthy Davis Together program, a partnership with the city, has since administered more than 450,000 tests and identified more than 1,000 people with the virus, said Brad Pollock, an epidemiologist at U.C. Davis who directs the project.

“A virus does not respect geographic boundaries,” Dr. Pollock said. “It is ludicrous to think that you can get control of an acute infectious respiratory disease like Covid-19, in a city like Davis that hosts a very large university, without coordinated public health measures that connect both the university and the community.”