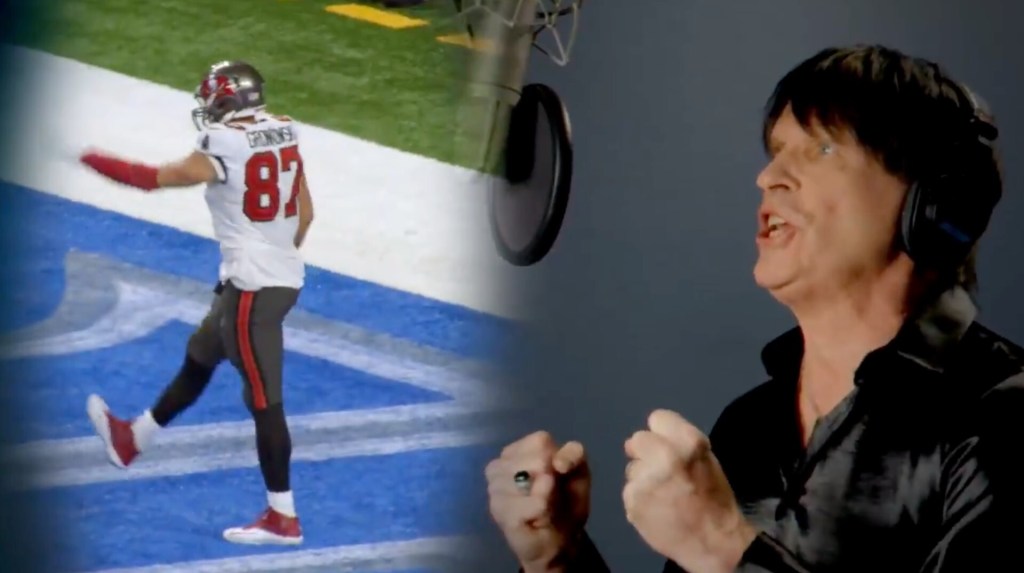 For the second time in franchise history, the Tampa Bay Buccaneers are in possession of the Lombardi Trophy. Tampa Bay, in front of their hometown crowd, knocked off the defending champion Kansas City Chiefs, 31-9, to win Super Bowl LV, with recently-imported quarterback Tom Brady taking home the game’s MVP award for the fifth time in his career.

Any and all analysis of the game will have to wait until later, because the fine folks over at Bud Light decided to bring back a famous ad campaign to celebrate the win. Back in the late-90s and early-00s, Bud Light had a campaign called “Real Men of Genius” in which Dave Bickler, the lead singer of the band Survivor, would sing really silly stuff about guys who deserve a cold one. A refresher:

Anyway, Bud Light must have given Bickler the bag, because he came back to cut a new Real Men of Genius ad for the Buccaneers. It is very funny, because I forgot how extremely into the bit these ads got.

As always, the voice over is terrifically weird — “Gronk once again caused opponents to ask, ‘How will we defend ourselves if our planet sends more like him?’” he said about Rob Gronkowski’s home planet of Amherst, New York — and the vocals are as silly as ever. The commercials weren’t as stellar as we have come to expect for the Super Bowl this year, so this one might take the cake.