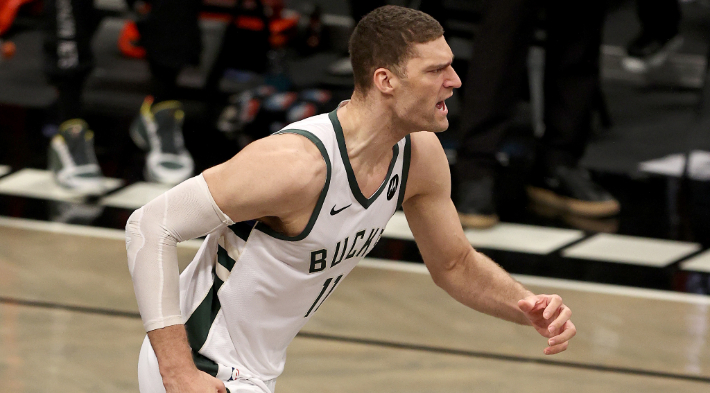 The Milwaukee Bucks have not had the services of starting center Brook Lopez this season as he’s tried to work his way back from a back injury that has limited him to 28 minutes of action this season. Unfortunately for Milwaukee, it appears that Lopez won’t be able to play any time soon, as the team announced that the big man is out indefinitely after undergoing surgery on his back.

Lopez will continue to be listed as out and updates on his rehabilitation progress will be provided as appropriate.https://t.co/QyZkiNLAKb

“The surgery was performed by Dr. Robert Watkins with oversight by Bucks team physician Dr. William Raasch of the Froedtert & the Medical College of Wisconsin health network,” the team said in a statement. “Lopez will continue to be listed as out and updates on his rehabilitation progress will be provided as appropriate.”

Milwaukee attempted to add some frontcourt reinforcements when it signed DeMarcus Cousins earlier this week — so far, he has appeared in one game. The team has been able to turn to Bobby Portis and Giannis Antetokounmpo for minutes at the 5 this season, and despite dealing with a rash of injuries, the Bucks sit 14-8, good for third place in the Eastern Conference and 1.5 games behind the 1-seeded Nets.

Still, Lopez has been a steady hand on both ends of the floor during the franchise’s recent run of success, providing floor spacing on offense and establishing himself as one of the best defensive bigs in the league.