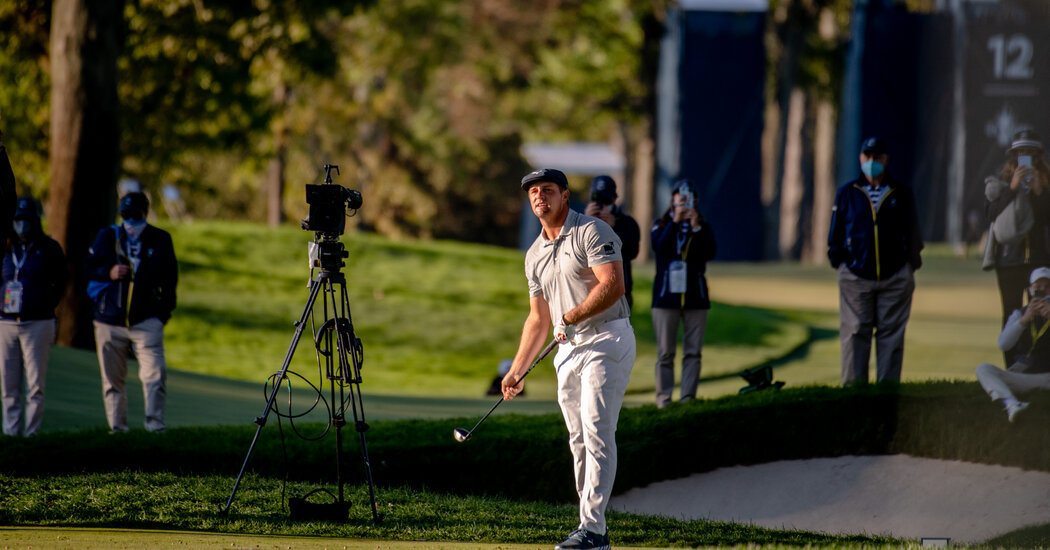 “He brought his trophy, which was fun, but we also had another two-hour session the next day,” Roskopf said in a telephone interview late last month. “Bryson was already saying, ‘I want to get everything I can out of my body for the Masters.’”

Roskopf, a 57-year-old former strength and conditioning coach at Fresno State, near where DeChambeau was raised, worked for many years as a performance and injury-prevention expert on the staffs of the N.F.L.’s Denver Broncos and the N.B.A.’s Utah Jazz. About seven years ago, Mike Schy, who coached the teenage DeChambeau and played at Fresno State, sent DeChambeau to Roskopf because DeChambeau was experiencing some lower back pain.

It was in Roskopf’s gym-like laboratory in Englewood, Colo., that DeChambeau — who majored in physics at Southern Methodist University and whose nickname among his peers is “the mad scientist” — began to transform himself last year into the longest, and most effective, driver of the ball on the PGA Tour.

Roskopf put DeChambeau through what he calls a neuromuscular overhaul, a program he describes as muscle activation techniques intended to correct body imbalances that inhibit, among other things, range of motion. The system is also meant to build higher tolerance levels for exercises that can increase strength.

When not visiting Roskopf every three weeks, DeChambeau works out daily at his home in Dallas, where he has installed each piece of Roskopf’s specialized equipment in his garage. DeChambeau eschews many traditional weight lifting exercises like squats or dead lifts to focus instead on isolated muscle groups that govern side bend, back extension and trunk and leg flex.

He also started consuming 5,000 to 6,000 calories a day, aided by drinking seven protein shakes made by Orgain, one of his many sponsors.